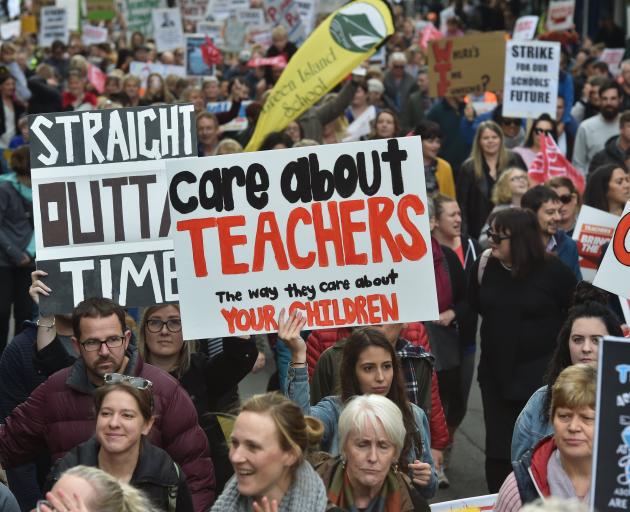 It has been a confusing couple of weeks for public sector employees. They started with the Government announcing what looked like a three-year pay freeze for public servants but ended up with a "lift/adjust/hold" approach to public sector pay.

Employees earning under $60,000 a year can now expect a pay increase, while those earning more will see an adjustment only in "exceptional circumstances", or not at all.

The Government took the chill off its pay restraint policy by agreeing to index pay against the cost of living and to review the system after one year rather than three.

The stated aim of the policy is to improve the relative lot of the least well paid. But the furore over pay restraint has obscured the deeper problem of gender and ethnicity pay gaps in the public sector.

In the background sits the Government’s wider public sector workforce policy. This prioritises fair and equitable employment within a diverse workforce, while also calling for pay expectations and other increases to be balanced against the cost of the Covid response and recovery.

In an effort to tackle systemic inequalities, the policy aims to build on the gains so far to further reduce the gender and ethnic pay gaps.

It’s true progress on those fronts has been made, but public service employment statistics - as a subset of public sector employment - reveal some stubborn disparities.

At 9.6%, this gap between what men and women earn is at its smallest since 2000. But this is complicated by the fact that gender pay gaps within the public service vary greatly due in large part to occupational segregation - meaning women are more likely to be working in lower-paid jobs.

Similar dynamics are at work in the ethnic pay gap. European public service employees are, on average, paid more than other ethnicities.

The Maori pay gap (the difference between average pay for Maori and non-Maori employees) was 9.3% in 2020, a decrease from 9.9% in 2019. Similarly, the Pacific pay gap was 19.5%, a drop from 20.1% in 2020. Again, ethnic pay gaps are influenced by Maori, Pacific and Asian public servants being more likely to be working in lower-paid jobs.

Compounding this, women within those ethnic groups earn less, on average, than their male counterparts. Wahine Maori earn more than Pacific men but less than European men and women, and Maori and Asian men.

Pacific women have the lowest average salaries in the public service, despite having had the largest increase in average salaries over the past year (5.6% or around $3600). What we see here are gender and ethnic disparities working in combination.

Can discrimination be justified?

Clearly, there is much to be done. But if we are going to talk about Covid response and recovery, pay restraints and inequality all in the same breath, we also need to include wage subsidy payments.

The bulk of those payments went to private sector male employees. Breaking the payments down by ethnic group, Asian workers were the highest recipients, European workers were second, and Pacific and Maori workers third and fourth respectively.

Ideally, then, public sector "pay restraint" needs to take the gender and ethnic make-up of the workforce into account. This is a tricky balancing act, underpinned by New Zealand employees’ right to be free from discrimination on grounds of sex, race and ethnicity, even where there is no discriminatory intention.

Unpalatable as it might be, the Government could argue that any discriminatory fallout from pay restraint is justifiable or there is a good reason for any unintentional discrimination, such as on the grounds of helping the Covid recovery.

Similarly, New Zealand’s international legal obligations under the prohibition of employment discrimination require any justification for differential treatment to be reasonable and objective on the grounds it is: legitimate; compatible with the obligation to ensure women in particular are guaranteed equal pay for equal work; and solely for the purpose of promoting the general welfare in a democratic society.

The aim of the measure must be proportionate, in a "clear and reasonable" way, to its effect. A country’s lack of available resources is not an objective and reasonable justification unless every effort has been made to address and eliminate the discrimination as a matter of priority.

The immediate controversy over pay restraint may have passed but the question of inequality remains. Any pay increase for the public sector’s lowest-paid workers is to be welcomed, but it’s only a partial solution to the over-representation of women and ethnic minorities in those roles.