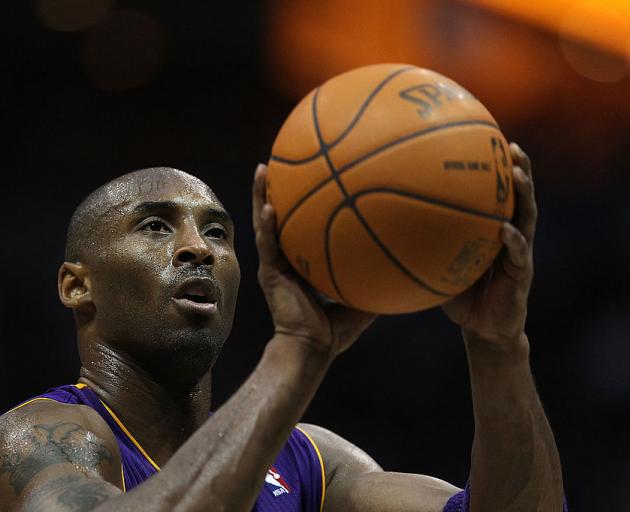 Kobe Bryant. Photo: Supplied
It had started to rain when I heard about Kobe Bryant’s death.

I was walking in the winter dusk to the city centre, dodging puddles and overhanging branches, when my friend texted me. ‘‘Kobe Bryant is dead.’’

I was immediately transported back to my high school days, when I made a misguided attempt to play basketball at Waihi College. I would stay up late, desperately trying to learn the rules of the game by watching YouTube compilations of Bryant weaving and ducking his way across the court, elegant, long-limbed, and mesmerising.

Following this tragedy, outpourings of grief and eulogies for Kobe have flooded the media.

From the near-universal praise and adoration heaped upon him, it seems the man has no flaws.

But this is not the case. In the summer of 2003, at Eagle, Colorado, Kobe Bryant was arrested in connection with an investigation of a sexual assault complaint filed by a 19-year-old hotel employee. The teenager claimed Bryant had raped her in his hotel room. He at first denied any sexual contact with the woman, then later admitted to what he argued was a consensual sexual encounter.

Harassment of the young woman discouraged her from testifying in court, and a civil suit between the woman and Bryant was settled privately. Bryant agreed to apologise to her for the incident, and issued a public mea culpa: ‘‘Although I truly believe this encounter between us was consensual, I recognise now that she did not and does not view this incident the same way I did. After months of reviewing discovery, listening to her attorney, and even her testimony in person, I now understand how she feels that she did not consent to this encounter.’’

Kobe was both a proud father of four wonderful daughters, and a man who allegedly raped a woman.

He refused to own this part of his history, or challenge the way we look at sexual abuse in sports. Kobe Bryant was an otherworldly figure on the basketball court, and he deserves praise and recognition for inspiring countless young folk to pursue their athletic dreams.

However, the ‘‘rape episode’’, for want of a better phrase, is part of his legacy, too.

I have no doubt there will be readers who think me disrespectful for raising this point now. Perhaps his family, loved ones and fans should be left in peace; but when it comes to our dead heroes, it seems as if there is never the ‘‘right time’’ to raise the issues of their flaws.

The overwhelming reverence afforded to Bryant, both in his life and death, when coupled with the lack of recognition that he was once involved in a rape case, is a damning reminder that survivors of sexual assault are often ignored, their complaints dismissed, and their experiences disregarded.

There is an insidious societal taboo that can be summed up by the Latin phrase ‘‘de mortuis nil nisi bonum dicendum est’’ roughly translated as ‘‘don’t speak ill of the dead’’.

What happens when one speaks out against the tide of grief, or even so much as voices a concern about the glorification of a deceased hero? Well, The Washington Post reporter Felicia Somnez has received countless death-threats, has been suspended from her job, and has had to leave her home for daring to retweet an article about Bryant’s rape case after news of his death broke.

I have learned a lot since my childhood. I used to think the world and all its inhabitants could be divided into clear-cut, easy categories of good and evil. Alas, this is not so. It can be hard to sit with the ambiguity of a person, particularly a hero. It can be incredibly uncomfortable to recognise the complexity of a celebrity’s legacy.

Death does not automatically confer sainthood. Tact, diplomacy and compassion are important traits, but so is honesty. Facts must be weighed against sentiments, and any obituary should be a measured, practical, and truthful summary of a person’s life.

Let us mourn Kobe Bryant for his skill and brilliance on the court. Grieve for the young father and his shattered family. But do not forget the flaws in the man. Kobe Bryant was a complex man, both good and bad, simultaneously luminous and dully disappointing, as any human being can be.