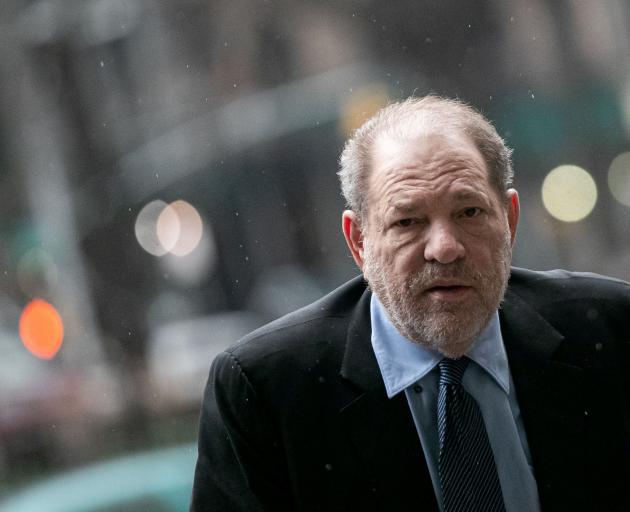 Weinstein was convicted of sexually assaulting former production assistant Mimi Haleyi in 2006 and raping Jessica Mann, a former aspiring actress, in 2013. Weinstein faces up to 25 years in prison, and still faces charges in Los Angeles of assaulting two women in 2013.

Hearing about Weinstein’s convictions, I felt a curious concoction of emotions. I felt jubilant, frustrated, relieved, and exhausted. I thought of all the other women Weinstein has preyed upon over the years, and all the crimes he would never see justice for. More than 80 women have accused Weinstein of sexual misconduct stretching back decades, including Rose McGowan, Tarale Wulff, Uma Thurman, and Salma Hayek.

Weinstein’s despicable behaviour has been an open secret in Hollywood for as long he has been raping and assaulting women.

From all the media coverage, you’d think we’d finally harpooned the Moby Dick of sexual predators. I just don’t buy it. Even Donald Trump has praised Weinstein’s conviction as a "great victory" for women.

Let’s not forget that the president himself has been accused of sexual misconduct by nearly two dozen women. It’s tempting to view Weinstein’s convictions as evidence of some sort of progress with regard to justice for sexual assault survivors, but I still can’t help feeling like any sort of "progress" is happening at a glacial pace.

Moreover, I don’t believe it’s enough that Weinstein has been convicted for just these two assaults. Weinstein won’t be going to prison for life, as he might have done if he was convicted on all counts. Granted, he will (probably) never return to the heights of his Hollywood power, but let us not forget the real victims here — the people assaulted and raped by Weinstein and his ilk. As Ronan Farrow, the American journalist who wrote the 2017 articles in The New Yorker that helped uncover allegations of sexual abuse against Weinstein, remarks, Weinstein’s conviction "is the result of the decisions of multiple women to come forward ... at great personal cost and risk". I salute their bravery.

The incredible #MeToo movement, launched by the inimitable Tarana Burke, has crumpled and stalled the careers of a number of powerful men, from producer Brett Ratner and comedian Louis C.K to actor Kevin Spacey and former CBS chief Leslie Moonves.

But let us not get ahead of ourselves. Call me a sceptic, call me pessimistic, but I’d call myself realistic. Weinstein is just one man. The scale of what goes on behind closed doors across the nation — indeed, across the globe — is incomprehensible. It would be naive to consider Weinstein’s conviction as a watershed moment for the movement.

In New Zealand, less than 30% of sexual violence cases reported to police actually make it to court. Only about 10% end in convictions, and just 6% lead to imprisonment. A Marsden-funded study led by Victoria University criminologist Jan Jordan found that in this country, fewer alleged rapists are prosecuted now than 20 years ago.

No doubt this low conviction rate helps prevent people from making a complaint. Add to this the fact that sexual assault survivors often have to expend a great deal of energy convincing police that they are genuine victims of rape before their case is taken seriously. I can personally attest to this. There are numerous, and often insurmountable barriers to reporting an assault, let alone proceeding with a prosecution and seeing a successful conviction in court.

The process of reporting sexual assault is retraumatising, and if survivors do manage to take their case to court, they can expect merciless and invasive questioning about their sexual history, extensive victim-blaming, and pile-ons from the media.

In February 2015, a Ministry for Women report found that Maori women are twice as likely as other New Zealand women to experience some form of violence. Additionally, people who are vulnerable in some way — including those with physical disabilities — are a more common target for sexual assault. Prof Jordan, as quoted in Michelle Duff’s article for Stuff last year, pointed outlast year said that "the same reasons these women are vulnerable to rape ... are also interpreted as eroding victim’s credibility. Some of the most vulnerable women in our midst are going to struggle the hardest to have their allegations of rape and sexual assault believed and fully investigated".

In a statement released earlier this week, the Me Too organisation said "Harvey Weinstein operated with impunity and without remorse for decades in Hollywood. Yet, it still took years, and millions of voices raised, for one man to be held accountable by the justice system." The group went on to say "Though today a man has been found guilty, we have to wonder whether anyone will care about the rest of us tomorrow". Me too.