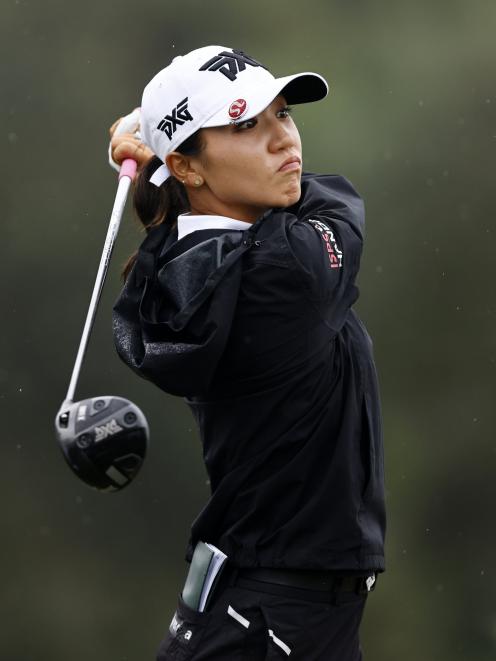 I’m a golf and Lydia Ko fan. Watching this year’s LPGA events, I noticed the US Golf Channel commentators — part of golf’s in-crowd — kept making pleased remarks about Lydia being in a "happy space" this year. Her 2021 form has been amazing, but is there something new here?

Yes, there is. The delightful Lydia Ko has her first serious, long-term boyfriend — and says that off the golf course, this has been the happiest year of her life.

Behind the extra smiles is Jung Jun, a young man from one of the great Korean "chaebol" family business dynasties — the Chung family. The hardworking Chungs founded Hyundai. According to Bloomberg their dynasty’s wealth is $NZ20.4billion.

Publicly, the relationship had stayed under wraps. But then there was a warm and revealing comment from Lydia after the recent Rolex awards night that finished off the LPGA season.

Ko had been presented yet another important honour — the Founders Award — which has not been given every year. Fellow players award it to someone they believe represents "the spirit, ideals, and values of the LPGA".

In her acceptance speech Lydia said 2021 had been “one of the happiest years in my whole, entire life". With that done, she was interviewed backstage by Golf Channel’s Amy Rogers.

Here Lydia thanked the people who "love and support me no matter what". Her mother (tick), her sister (tick) — and then two words we hadn’t previously heard from Lydia publicly — "my boyfriend".

I gather the two met via golf. Jung Jun is a student finishing philosophy and data science degrees at a Californian university. Judging from his curriculum and family business internships, he is being trained for a Hyundai division until recently led by his father, Jung "Ted" Tae-young — the huge finance subsidiary, Hyundai Card.

Samsung’s Lee family, and Hyundai’s Chungs, are South Korea’s two most powerful chaebols. ("Hyundai" means "modern times" and "chaebol" is "wealthy clan"). Korea’s top five chaebols are clan-controlled businesses, and they account for half the value of the entire South Korean stock exchange.

Jung Jun’s family success story is the stuff of fables. Founded in a tiny Seoul engineering shop in the 1940s, Hyundai is led by Jung Jun’s ageing maternal grandfather, Chung Mong-koo. One of Asia’s wealthiest multibillionaires, he is the family head who controls the Hyundai and Kia car companies, plus Hyundai Steel, and shipping and electronics businesses.

If we think the Ko family may be a little overawed and thinking: "Wow, this is the Chungs", we can be absolutely certain the Chungs are looking right back and saying "Wow, this is Lydia Ko!".

It’s hard to overstate Lydia Ko’s role in growing the popularity of women’s professional golf. The many wins, and her intelligently applied work ethic, have made her a wealthy young woman. Businesses too "get" the charming personal qualities the fans and golf commentators love. This year they are again queueing up to contract her, as she’s one of the finest "brand ambassadors" women’s sport offers.

It seems Lydia’s off-course happiness is echoed in her game. Coming out of a career slump, her 2021 scoring average of 69.32 shots a round not only won her the coveted Vare trophy for best LPGA scoring — it was also the best average of Lydia’s career.

If Jung Jun’s smile is worth a shot a round, he’s got our vote! Good luck to the pair.

Sometimes government is so ridiculous it’s delicious. I read that a special study of the Inland Revenue Department’s tax law has concluded much of its legislation is incomprehensible — and that it’s legal drafting team needs training in "plain English".

The report by lawyer Graeme Smaill was commissioned by the IRD. The Monty Python moment comes when Mr Smaill recommends a dedicated review of the IRD’s use of the colon punctuation mark. Mr Smaill points out constant misuse and overuse of the colon when either "or", or "and/or" should be used.

I don’t believe the IRD needs a new review to examine the colon. Any self-respecting medico can explain there is already a long-proven and efficacious method for such an exploration. The IRD would first take an ultra-dose of specially prepared laxative, next have itself an enema, and then finally a colonoscopy conducted under light sedation. (There are rarely adverse effects, unless the surgeon mislays his Omega).

Very amusing Henry. We contacted the IRD asking whether they’d be reviewing their colons and if so, who would take on this responsibility. Their response was colon-free:

"Inland Revenue will consider the Smaill recommendations and the use of colons in tax law drafting." Full stop.

I don’t blame the IRD for the poverty of that response. They are on a hiding to nothing with this yarn.

- John Lapsley is an Arrowtown columnist.