Wherefores of council decisions should be public 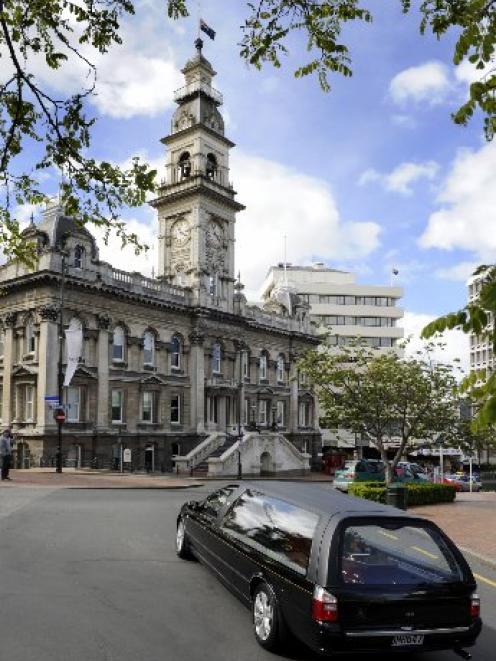 Councillors cannot be held to account for decisions if ratepayers have incomplete information. Photo by Gerard O'Brien.
Secret democracy is an oxymoron according to Hilary Calvert, a Dunedin city councillor.

The DCC has come a long way in providing more transparency and therefore more accountability. Fewer meetings are held behind closed doors.

More information is made available after meetings when there have been non-public proceedings.

However, we should not give up the search for more transparency with the job half done. All sorts of things still happen behind closed doors in council chambers.

No-one allowed in the room can tell you about what is discussed.

There may be secret financial information such as valuations or costings for projects. And there are secrets told by councillors. Out of all these secrets come resolutions.

These may be embargoed for a time or released by someone in particular.

Our council staff do their best to release reports at a later date.

But the ratepayers never find out what information was actually used to make the decision, and can therefore never hold councillors to account for the decisions made in this way.

The excuse for this secrecy is often commercial sensitivity. However, most other places where decisions are made about commercial projects are specifically public ones.

Resource consent hearings are often very commercial. Our courts in general, and in particular hearings concerning commercial matters, are held in public.

That is why we can read articles about the hearing concerning the proposed hotel.

The basic obligations councillors have are to consider the benefits and costs of the options in front of them. For councillors to do that, and be seen to be doing that, we need to know what they took into account.

When decisions are made in secret, and councillors know that the people will never know what was said and done at the meeting, there is no way of holding them to account.

There may have been emails going back and forth between councillors the public is unaware of.

We may have had answers to questions in the meeting that were completely unsupported, and yet have swayed the opinions of the councillors.

These questions and answers may be some of the worst secrets, because even if some of the reports etc are released afterwards, the statements made in answer to questions disappear into a morass.

The reason for these questions is often because the written information is insufficient for the councillor asking the question to form a view. And the answers are provided to give comfort to a particular point of view.

Later, all that the councillors, and any others who also took comfort from the answers, will have left is a vague feeling that at the time they were convinced of the particular point.

And there is no accountability for the answers at all. Another problem that comes from all this secrecy is that once an issue is in a non-public part of a meeting any information given to councillors or shared between councillors during the process is protected by the secrecy code.

Thereafter, councillors are muzzled from making comment, and any information given to the media by whoever is tasked with that duty after the decision cannot be challenged.

It may be that the decisions were made, but not for the reasons outlined by the person who made the press release afterwards. The people will never know. Unlike judges and juries, councillors are chosen by the ratepayers.

For those who are already on the council, ratepayers most likely take into account decision-making preferences and skills when choosing, or rejecting, any particular councillors.

Democracy is undermined if ratepayers cannot see the choices made by the councillors, and the information they had to make such choices whenever the debate is about something big and important.

Many hours are spent on the annual plan in preparation, decisions on what should go out for consultation, the consultation process itself and the decisions finally made.

But all of this meticulous detail comes to nothing if the big decisions are made in secret without any scrutiny either before or afterwards. There are improvements we could make.

We could increase openness by recording the secret parts of meetings, and then releasing the recordings after decisions are made, as we release the reports and papers related to the meeting, leaving out the bits that have to remain confidential to protect individual personal information.

We could release all emails between councillors on such topics as a matter of course.

These would be helpful steps along the way to transparency.

Viva democracy. Down with secrets.