Business has a valid role to play in the fight against Covid-19 and its variants, writes Dunedin entrepreneur Sir Ian Taylor. 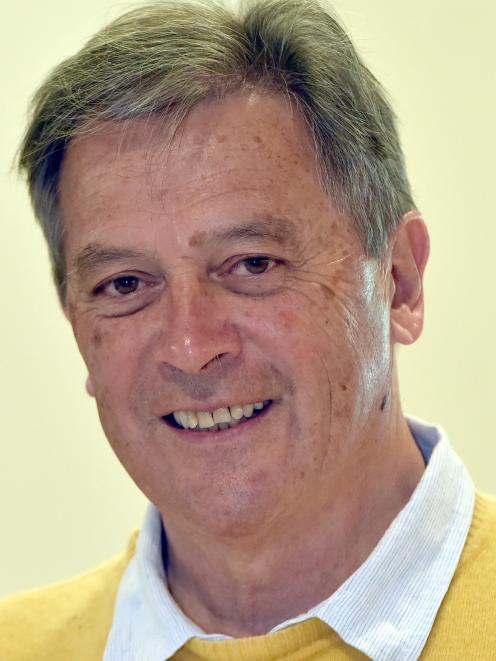 Sir Ian Taylor
Some commentators have claimed "ill-informed" businesspeople such as myself are advocating the use of rapid antigen tests in place of the PCR (polymerase chain reaction) test.

Nothing could be further from the truth.

To date I have refrained from outlining the work I have put into learning everything I can about Covid.

It is a process that I began back in September last year with the full support of my team at Animation Research Ltd which has freed me from my day job to do this.

In words I am sure my critics would understand I have read studies that have concluded that "RT-LAMP has comparable diagnostic accuracy as RT-qPCR," and "... T – LAMP can be used as an alternative to PCR in the acute symptomatic phase of Covid-19."

I have seen firsthand how a LAMP test like that offered by a company called Lucira Health can reduce the time and cost for getting a result down to 30 minutes rather than the 78 hours it took for my last PCR test that cost almost $300.

I have also learned that, despite the fact that countries such as Canada, the United States, Israel, Taiwan and Singapore have all approved the use of the Lucira LAMP test for a variety of applications including as a pre-flight test, the official government Covid website specifically excludes LAMP tests that could give an FDA approved result up to an hour before boarding rather than the 48hours that has been allowed for the Government-mandated PCR test that is currently the only option in place to protect our borders, before people fly in.

Over the weekend I witnessed firsthand the speed at which businesses can move when there is a problem to be solved or an opportunity to make change.

After a call I took from executives at Lucira Health in the US on Friday, steps have already been put in place to provide 2000 free LAMP diagnostic kits to the Tongan Government to use in any way they see fit as a tool to help keep their borders safe as rescue workers fly in from countries with Omicron.

What is unique about the Lucira test as it relates to the Tongan relief effort is that as an all-in-one kit, (no additional equipment or training required) it can enable testing and provide PCR quality results anywhere by anyone in 30 minutes or less. Lucira Health, whose goal is to ensure the Tongan people receive aid safely and quickly would then prioritise further tests if needed. That’s a process that took less than 12 hours. Let’s see how fast government officials can move.

On Thursday in a conference call with Dr Bloomfield I offered to put him in contact with a company, Kudu Spectrum, that had been trying for weeks to get a response to an offer to guarantee delivery of one of the top three rapid antigen tests in the world, a RAT called Orient gene.

Given the huge demand on RATs globally, it simply did not make sense that no-one had replied to an offer that would see these tests provided to the New Zealand Government at $5.20 each, with the price being lower for orders of 1 million and above.

Dr Bloomfield took up my offer to connect his officials with Kudu Spectrum and by Friday morning discussions were under way to secure this supply of RATs in a market of extreme shortages.

Orders were placed by Saturday.

The speed at which this now appears to be moving is further confirmation for me that our "Team off the Bench" has a significant amount to offer to the Government’s Covid response strategy if they are willing to take up those offers.

Had the offer been taken up earlier, the initial 1 million would be here already with a further 1 million arriving every 10 days and an order for 10, 20, 30, 50+ million able to be delivered in six weeks.

The real world is moving at a speed that governments simply are not used to.

And for those critics like the politician on a select committee who accused all businesspeople of being driven by a profit motive, a condition provided by the businesspeople behind this initiative is that they will only work with organisations that are prepared to sell these rapid tests at a price that limited their margins and ensured price access to all corners of New Zealand society.

The company has indicated they will be setting their landed in New Zealand price at $5.20 or less, depending on numbers.