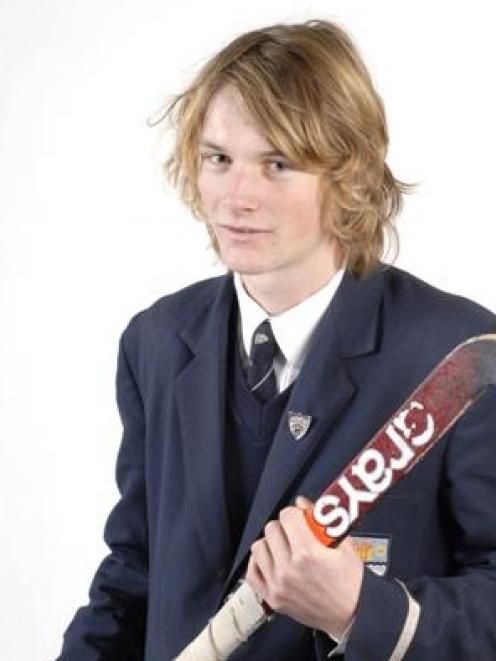 Blair Tarrant
Otago Boys High School prefect Blair Tarrant says his inspiration to train, be the best and win, no matter what hurdles life throws at him comes from Muhammad Ali, and hopes it will give him his shot at playing hockey with the Black Sticks.

It's a goal he intends to achieve by 2012 when the team competes at the London Olympics.

Blair (17) has already represented New Zealand with the Junior Black Sticks at the Eight Nations Hockey Tournament in Malaysia this year and hopes to be selected next year to compete in the World Cup in Malaysia and Singapore.

In 2006, he played for the New Zealand under-16 team in matches against Queensland schools teams.

He has also played for the Southern Hockey under under-18, under-21 and NHL teams and his school's 1st XI hockey team since year 9.

Blair is captain of the school hockey team this year and has begun passing on his considerable knowledge by coaching junior teams at the school.

When he is not hitting hockey balls on the school's fields, he is bashing cricket balls for the 1st XI and will compete in the Gillette Cup Secondary Schools Cricket finals with the team in Palmerston North later this year.

The higher echelons of hockey are not his only ambition.

Blair hopes to balance his sporting career with study at the University of Otago to become an accountant.

"Hockey is not going to pay my way. So passing my exams is really important."

Hopes for the future: To become a Black Stick and an accountant.