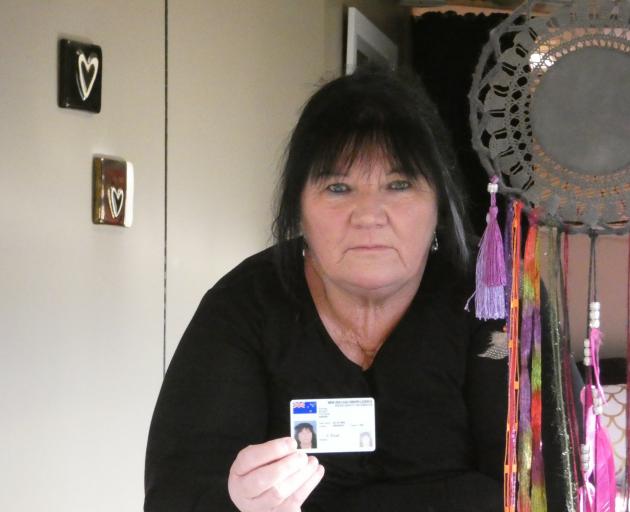 Alexandra "ghost" Karen Elliott. Photo: Jared Morgan
Alexandra woman Karen Elliot is a ghost and she is not alone.

She is among many children from the United Kingdom to arrive in New Zealand in the 1970s or earlier who are not officially recorded as residents.

Mrs Elliot lived in New Zealand for 47 years before her status came to light and that was only when she applied for a job after losing work because of Covid-19.

Since the Otago Daily Times highlighted her plight, other people across the South have surfaced telling similar stories.

An Immigration New Zealand (INZ) spokeswoman said citizens of the United Kingdom who arrived in New Zealand lawfully to take up permanent residence at any time before April 2, 1974, were exempt from the need to hold a visa or permit.

"This is why INZ will likely not have any record of them.

"Provided they have resided continuously in New Zealand since their arrival, they are deemed to be holders of a resident visa."

Children had often travelled on their parents’ passports.

The spokeswoman said Mrs Elliot’s application for confirmation of her residency status was received on July 20 and was being processed.

To support her application, she needed to provide evidence she was in New Zealand before April 2, 1974, the spokeswoman said.

Middlemarch woman Sheila Ramsay said she faced a similar situation when she applied to go to university as a mature student in 1995.

"This has affected my whole family. As far as Immigration was concerned, we didn’t exist.

"Our family came into New Zealand in 1955 on the maiden voyage of the Southern Cross — none of the children on those boats had any documentation."

She had to produce documentation of every decade she had been in New Zealand before being issued with a certificate of identity as part of the process of gaining her resident visa.