‘Still going strong’ after a century 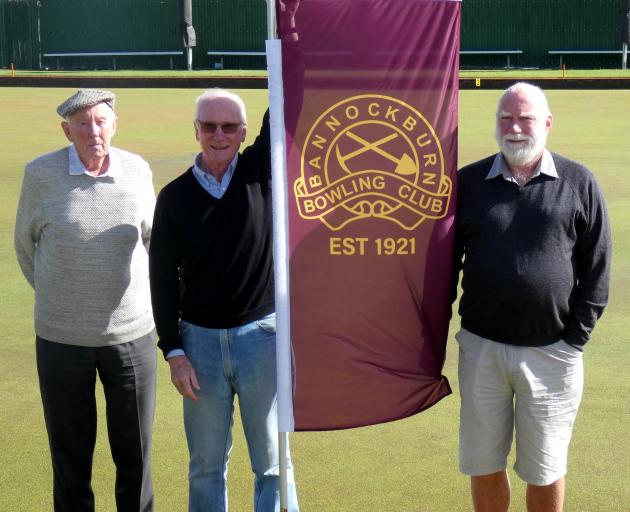 Bannockburn Bowling Club members (from left) Bill Munro, president Gordon Stewart and secretary Peter Herbison are celebrating 100 years of the club. PHOTO: SIMON HENDERSON
Remains of gold mining years were the foundation of the Bannockburn Bowling Club. Simon Henderson visits the club as it celebrates its centennial this year with a two-day tournament today and tomorrow , using both the Bannockburn and Cromwell greens.

Much has changed in 100 years but a patch of carefully maintained turf in Bannockburn is still bringing people together.

The turf was built using picks and shovels on former tailings.

"It had all been sluiced beforehand and that is what they dug the bowling green out of," Mr Stewart said

The club was officially opened on Saturday, January 29, 1921. 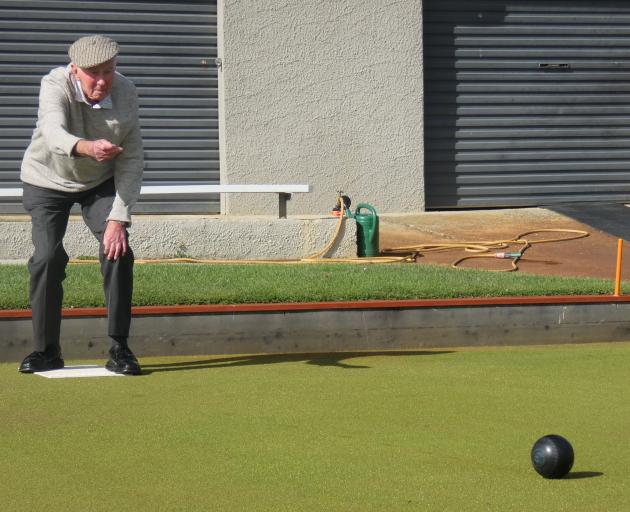 Bannockburn bowling club member Bill Munro is still in the champion’s league at the club despite being 94. PHOTO: SIMON HENDERSON

The Dunstan Times said the opening was a "red letter day" and many attended, including visitors from Alexandra, Cromwell and Clyde.

"The green, which is situated on an old mining claim is carrying a fine sole of grass, and promises to be a top notcher," it said.

The club was a part of community life from the beginning, often holding concerts and dances as well as hosting tournaments with surrounding clubs.

The Cromwell Argus reported the opening season for the club in November 1937 had a good attendance of the public and players, president James Ritchie extending "a hearty welcome to visiting players and members and declared the green open for play, his daughter, Miss Ritchie, rolling the first bowl which proved to be a toucher".

The paper went on to say the green was in "splendid order" and later "the ladies provided a very dainty afternoon tea".

Club colours of maroon and gold were chosen, matching those of the Bannockburn Football Club.

By 1971, membership had dropped to an all time low of 14, but gradually increased as workers on the Clyde Dam moved to the area, and later development of vineyards brought increased activity to Bannockburn.

The club now had about 34 members, most of who played on a regular basis, Mr Stewart said.

One member was almost as old as the club itself.

At 94 years of age, Bill Munro, of Cromwell, was close, but not quite as old as the bowling green.

But he had barely slowed down, and last December was in the team of four that won the club’s championships.

He was also a member of the team that won the Central Otago Champion of Champions triples title at Naseby in 2017.

Family had always been part of the fabric of the club; the Scott family in particular had been a "leading light", Mr Stewart said.

Both played for New Zealand as well as winning many club titles. 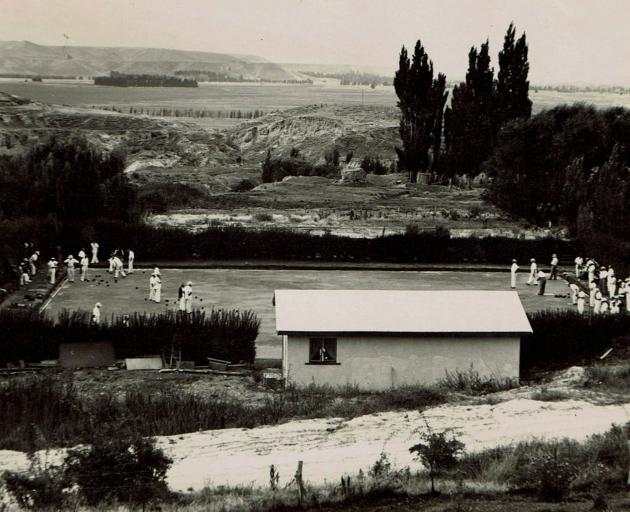 Members enjoy a day on the turf in about 1957 shortly after the new pavilion had been built. PHOTO: OLDBANNOCKBURN.NZ

Others in the Scott family were also involved in the sport, and Shaun was still a member as well as having taken on the role of greenkeeper.

The Robertson and Stewart families had been involved since the beginnings of the club.

Foundation member Robert Robertson was the first singles championship winner in 1924 and for 30 years he carried water for the afternoon tea from his neighbouring farm.

Current president Mr Stewart was introduced to bowls while still at primary school.

He had a copy of his grandfather’s membership card dating from 1921 and a tip dray used to create the green was still outside his property.

There had been many changes over the years but the club was "still going strong", Mr Stewart said.