By Adam Burns
0 Comments
He may be one of the "young bucks" within his car club, but Cromwell’s Leigh Jackson adores the old school charm of hotrods.

It’s a love which proved contagious as his 1967 Ford Galaxie 500XL Fastback Coupe was voted People’s Choice at the annual Cromwell Classic Car and Hotrod Festival on Saturday.

The car he has owned for nine months was one of 680 there.

"Newer cars just don’t have the same personality in them," Mr Jackson said.

"Even if people aren’t that interested, there’s always going to be cars that intrigue them and give them that feeling of fun and excitement."

"I wanted to make a car that was different but could be appreciated by everybody," he said.

"It’s not quite that muscle car, or that showpony chrome bumper car that is lowered with mags. It’s a combination of everything." 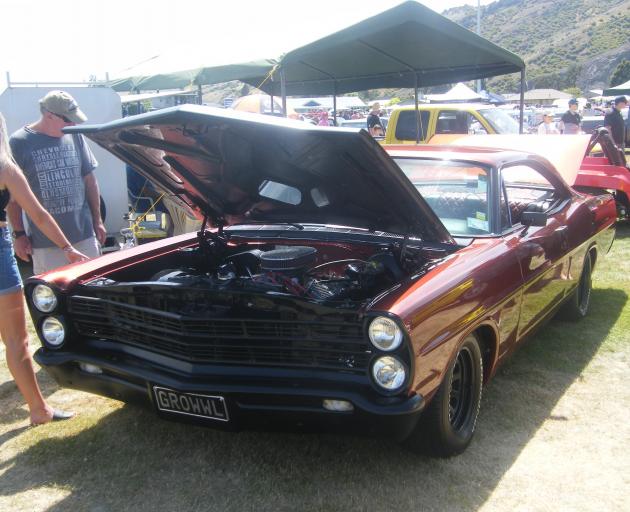 He said he was looking forward to taking his car on a family excursion to the Beach Hop festival in Whangamata in March.

"It’s like travelling back in time to the ’50s and ’60s era ... rock’n’roll and hotrods," Mr Jackson, a proud member of Cromwell’s Alpine Street Machines club, said.

"This event is like a mini version of that."

A crowd of about 2000 sizzled in the sunshine throughout the day as temperatures reached 28degC.

Event spokesman Greg Millane said the festival had gone from strength to strength.

"We’re making it a real petrol-head, car-enthusiast attraction this weekend in Cromwell."