Alexandra is the first town in New Zealand to be trialling 5G technology. PHOTO: SPARK NEW ZEALAND
Spark’s 5G trial in Alexandra has been met with wide-ranging reaction in the Central Otago town. Adam Burns spoke to those in the know to find out if there are legitimate fears and what improved connectivity could mean for the region.

The opinions and speculation around 5G's impending rollout have come quicker than a high-powered broadband connection.

It has also prompted a widespread response globally, from excitement and buzz around the technology's capabilities to trepidation and panic in some quarters.

Service upgrades by Spark New Zealand mean 5G - which will bring faster, better wireless broadband - is being proposed for the regions, beginning with one of its most remote spots.

In September, Spark announced it would trial 5G (fifth generation wireless communications technology) for the first time in New Zealand in Alexandra.

A "desperate need" for better connectivity for businesses and the community was a talking point when the telco met the Central Otago District Council before the launch. 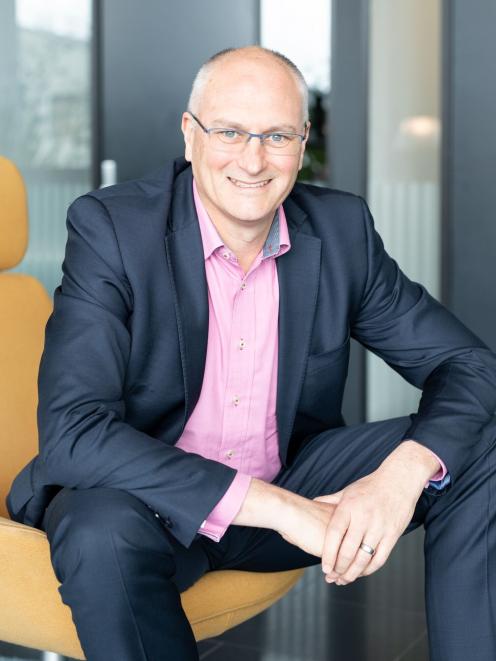 Spark technical change manager Colin Brown.
Vodafone is also upgrading existing cell sites with 5G in Auckland, Wellington, Christchurch and Queenstown. They are expected to be activated in December.

Five Alexandra households and businesses have been invited by Spark to take part in the 5G trial.

The 5G service will use existing infrastructure, but a 5G antenna has been installed on a cell site which overlooks Alexandra. That cell site already provides 4G services.

Although the move has been challenged by some, it has been mostly welcomed in the Central Otago town by community leaders, businesses and residents.

"We are a geographically isolated part of the country.

"Being connected to an increasingly globalised world is really important for our economy, for our people."

She added it would be a good thing for an increasingly mobile workforce so they had the technology to work from anywhere.

"I've heard of examples of photographers who drive to Dunedin and fly to other cities to download their files on a regular basis."

Like many regional operations which rely on the internet and high volumes of data, the firm, situated in Alexandra's main street, Centennial Ave, had struggled as a business due to its location, chief executive Steve Cotter said.

"For us, connectivity has always been critical to us being able to operate out of Alexandra.

"If we had one scientist in the office downloading one large file, everyone else's internet crashed."

He said there had been some troubleshooting and tweaks required during the company's 5G trials.

Spark would not confirm the other four parties in the town which are trialling 5G.

However, he said it would be a gradual transition for Niwa, to ensure it was able to utilise 5G's benefits.

"We're not leaping into the pool at the moment.

"We need to make sure the technology is tried and true."

The development has not been without objection in the community.

Concerns on social media have echoed some concerns internationally about fears over adverse health effects from 5G's radiation.

Earlier this year, Health Minister Dr David Clark was reported as dismissing concerns raised by 230 scientists around the world about the health risks 5G radiation posed.

Dr Clark later told the Otago Daily Times last month he did not dismiss the health concerns, but advice from ministry officials suggested exposure to the radio frequency produced by any transmitter, including those that would be used by 5G services, did not cause health problems, provided they complied with international guidelines.

A 5G antenna has been added to a Spark cell site overlooking Alexandra. PHOTOS: SPARK NEW ZEALAND
Ministry director of public health Dr Caroline McElnay said existing research on the possible health effects of radio frequency (RF) fields applied as much to 5G as to any other radio system in use.

"Measurements of 5G sites in Australia have shown that exposures are similar to those from 3G and 4G, and very far below health-based exposure limits."

Spark and Vodafone have commissioned independent monitoring of exposures to radio frequency fields around their cell sites.

"Based on our continuous and robust testing obligations, exposure levels from Spark's cell towers are typically only a small fraction of the exposure limit."

He said the telco was using the same spectrum band (2600MHz) which had been in use in Alexandra for a long time to deliver 4G services.

"So the only thing that has changed is that we're now delivering a much faster 5G service."

Kelly Nyhon has led much of the protest online and subsequently arranged a parliamentary petition to halt the 5G rollout in the town.

The petition closed on Thursday with 339 signatures.

Ms Nyhon said she had fears about the safety of the community because of 5G, and its introduction was a breach of human rights.

The outpouring of theorising has proved too much for some.

A fortnight ago, an administrator for a Central Otago community group on Facebook announced a halt to all 5G-related content being shared on the page.

Those who oppose 5G have criticised the lack of consultation about it from the council and Spark.

Ms Jacobs pointed out that this was beyond the council's function to consult on an upgrade carried out by a privately owned firm.

"You could argue around consultation if it's in the public interest, but where does that start and stop?"

Mr Brown said Spark did hundreds of upgrades a year all around the country and notification was not required for this.

General concerns abroad have also centred on security and possible espionage and the motives of Chinese telco Huawei in recent years.

No independent scientific study exists that says 5G is safe. Please shows us one that says so I would like to read it. One should take industry standards with a grain of salt- tobacco was once "safe". Brussels has suspended 5G due to safety concerns and Switzerland will go to a referendum on the matter as no telecom company can produce a report. Is Alex a test subject?