78 teams in Relay for Life 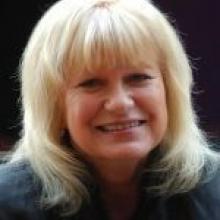 Suzanne Lynch
The first Central Otago Relay for Life is already a huge success, before a single step is taken.

"People in Central Otago have taken this cause to their hearts and there's been a terrific response, so it's already a success before we've even taken one step in the relay, " committee chairman Glen Christiansen, of Cromwell, said yesterday.

The 24-hour Cancer Society fundraiser begins at the Cromwell racecourse at noon today, with 78 teams registered. Each team has a minimum of 10 people and some have as many as 40 or 50.

Each team has pledged to raise about $100 per person and event manager Janie Peck, of Dunedin, said all the proceeds would go back to Central Otago.

"They'll be used for health promotion and to provide cancer support services in this area."

Mr Christiansen said the event, with non-stop entertainment, and teams and supporters camping out at the venue, would be "one big party".

"It's going to be a tremendous weekend. Most of the teams have finished their fundraising and now it's time to celebrate."

Teams are coming from all over the region, including Queenstown and Wanaka through to the Maniototo, Roxburgh, Alexandra and Cromwell and all the country districts in between. Members will take turns to walk around a 300m track, carrying batons.

"What impresses me most about the relay is that while it's an event encouraging fun and fellowship, it never loses sight of its purpose. At dusk, candles will be lit in remembrance and also as a tribute to everyone who is fighting cancer," Mr Christiansen said.

He had been confident Central Otago people would embrace the cause.

"I always knew people here would rally around. We're renowned for our generosity."

The teams were a real mix and their reasons for being involved also varied, he said. Some were work teams, others were made up of family members or relatives and several involved school children, charity groups, service clubs and sports groups.

Entertainment during the relay would include musicians from within the district and further afield.

One of the original band members from Ray Columbus and the Invaders, Brian Ringrose, of Christchurch, would also be centre-stage.

Anyone was welcome to attend the relay to support the teams, and enjoy the entertainment , Mr Christiansen said.