Keryn Tubbs is hoping Icon will make a difference in the online world. Photo: Linda Robertson

When Keryn Tubbs was 17 and in her last year at high school, an anonymous Instagram page was set up to embarrass other pupils.

"Nudes 101" shared photos sent privately on a public page and it "got a lot of attention", humiliating and disempowering many teenage girls in the process.

Miss Tubbs — then living in Alexandra and a member of the anti-cyber bullying group Sticks ’n Stones — was approached by many of her peers at the time for support, and was able to get the page taken down.

But her concern about what others teens did when they did not know how to deal with online hate, negativity or harm has led to the creation of an online tool to help young people with self-help strategies related to online bullying.

"Icon" (In case of online negativity) received its national launch at a function at Columba College in Dunedin last week  and Miss Tubbs, now 19 and a second-year law student at Victoria University, said she hoped it would make a difference in the online world.

Her work with SNS has previously been recognised with a range of awards, including a New Zealand Youth Week leadership award, and a New Zealander of the Year Local Hero Medal.

She was also the Waitaki Youth MP in 2016, and has presented at international conferences in Australia and Ireland.

Miss Tubbs said her idea for Icon — a free web app that connects users with information, tools and services — was for it to be "an online version of an SNS member".

Miss Tubbs project-managed the development of Icon in partnership with SNS. The project received $15,000 from the Vodafone Foundation and about $43,000 from Netsafe.

The launch of Icon was attended by Minister of Broadcasting, Communications and Digital Media, Clare Curran.

Ms Curran said she applauded the work of SNS to "build awareness and capability among young people about staying safe online".

She said digital technology had "revolutionised" the way people communicated, stored information and did business. But "bullies and others" motivated by revenge or malice had "taken advantage of digital technology for their own purposes". 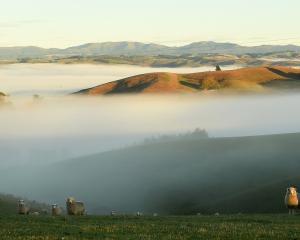