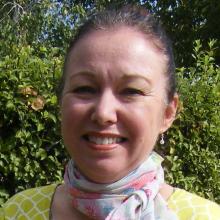 Leanne Mash.
Wheelie bin collections and roading have overtaken water quality as the main concerns for Central Otago residents who completed the annual survey carried out by the district council recently.

Council chief executive Leanne Mash said it was the first time the survey had been available online and she was ''super-pleased'' with its uptake online.

This time, it was a truly representative survey, she said, apart from men's representation being a bit low.

In recent years, water quality had been one of the main concerns of those taking part in the survey. This year, it was the third in the top seven problems highlighted by respondents, behind roading and waste minimisation and management.

A total of 69 respondents had a variety of complaints about roading services. Some were unhappy with gravel road conditions and made comments about lack of parking and footpath maintenance.

Sixty-seven respondents made comments on waste management. Some wanted their rubbish bin to be collected weekly and the mixed recycling bin to be on a fortnightly rotation.

Residents in rubbish collection areas have three bins - one for rubbish, one for glass recycling and one for mixed recycling. The rubbish bin is collected fortnightly and the recycling bins alternate, so each is collected once a month.

When the survey was discussed at a recent council meeting, Cr Malcolm Topliss said he thought the waste management system was working well.

Cr Clair Higginson said it was a relatively new system so people were still ''taking it in''.

Cr Neil Gillespie said residents also had the option of getting an additional bin or going to a transfer station.

Public toilets made an appearance on the top seven main problems. Toilets in Alexandra and Clyde needed upgrading and the facilities should be serviced more often, respondents said.

When told the information was not available, he said it would be interesting to survey ratepayers, rather than residents.

Ms Mash said while the survey results overall were good, the council should not be complacent.