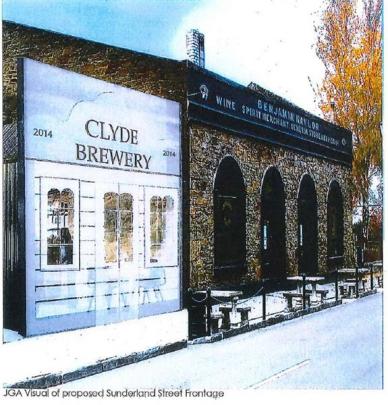 An artist's impression of the planned addition to the restaurant building. Image by Jackie Gillies and Associates. 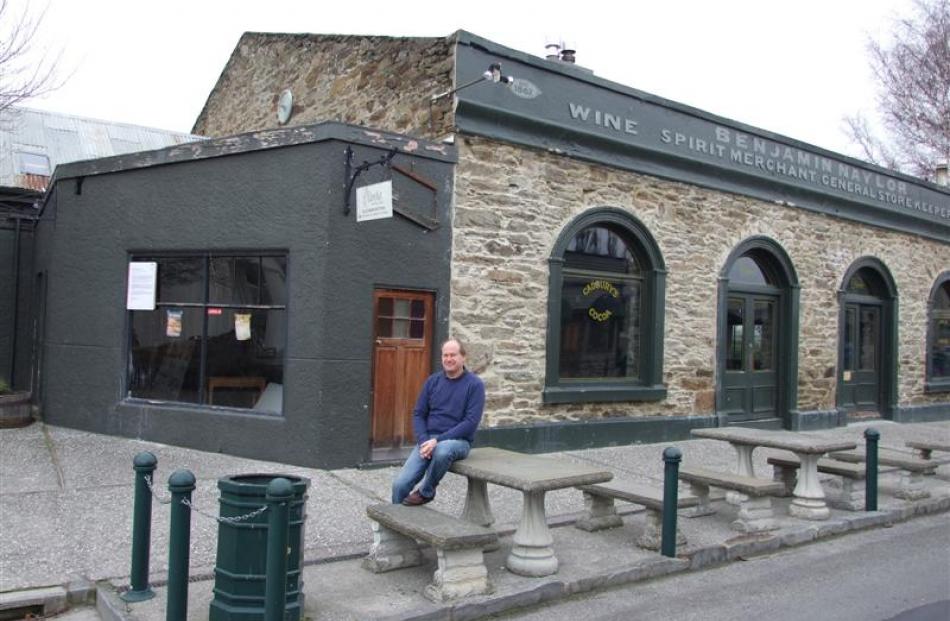 Olivers co-owner David Ritchie plans to reopen the restaurant and replace the lean-to on the building, on the left of this photo, with a craft brewery. Photo by Lynda van Kempen.

Oliver's Restaurant could be back in business by March next year, joined by a craft brewery, cafe and bakery, if a revamp of the buildings gains resource consent.

For David and Andrea Ritchie, who have owned the Oliver's complex for four years, the addition of the brewery and food outlets would be the final chapter in their restoration and development of the historic site in the centre of Clyde.

The Ritchies have applied to the Central Otago District Council for resource consent to alter the Category 1 historic building in the town's heritage precinct - Naylor's store (the restaurant building), as well as the adjacent lean-to and garage, to pave the way for the new facilities. The application is open for submissions until 4pm on Thursday, July 24.

''Our plans for the site have evolved over time since we've been living in Clyde, but we always intended to revive the restaurant as part of the development and hope to have it as popular again as it was in Fleur's heyday, '' Mr Ritchie said yesterday.

It is more than 30 years since Fleur Sullivan, now of Moeraki, established Oliver's in the Naylor's general store building, which dates back to the 1860s. Ms Sullivan also set up Oliver's lodge on the site, before selling in 1997. The complex includes eight stone buildings -Benjamin Naylor's store, his house, a former bakery, smokehouse and other outbuildings. Mr Naylor, one of the first storekeepers in Clyde, arrived with the first miners, about 1862.

When the Ritchies took over the complex in February 2010, they were the sixth owners in 12 years. The couple have already restored and revamped some of the buildings on the site, working closely with Heritage New Zealand, formerly the New Zealand Historic Places Trust. They are living in one of those buildings and have upgraded others which are used as accommodation.

They have also upgraded the site's wastewater treatment system and have earthquake-strengthened the former restaurant building so it now meets 100% of the new building code standards. There will be no change to the exterior of the landmark stone building, but inside, a new kitchen and new toilets will be added, along with a new bar area. The old garage will be converted into a cafe and a new addition will replace the lean-to to the west of the restaurant.

The consent application, prepared by conservation architect, Jackie Gillies, of Queenstown, said the addition, which would house the brewery, would be a ''modern interpretation'' of the historic facade of the building which stood on the site in the 1860s. It would consist of a glass shopfront, with an opaque parapet.

The lower part would be semi-transparent, presenting a ''ghost'' of the old facade. Mr Ritchie said everyone would have their own view on the addition but he thought it would be ''something different and exciting'' and would work well with the heritage aspects of the area.

All the new facilities would complement ''what's already out there'' and all going well, work would begin in October and be completed by February or March next year.

''We're expecting Clyde to grow as a visitor destination but we're also doing this for the locals, as well as those visiting the town.''

He declined to say how much the couple had spent on the complex so far or the cost of the next stage.

''Let's just say it's a good investment for the our future and Clyde's future, justified accordingly.''