Downhill sport on the up 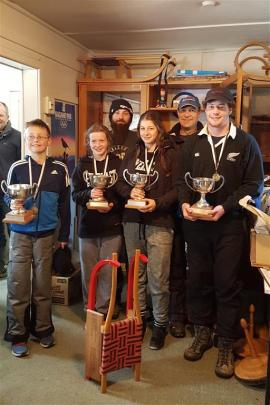 It was a fast trip downhill for New Zealand's top lugers but the sport is on its way up, officials say.

The New Zealand Championships and three-race Naseby Cup were staged during the school holidays and were the high point of a great season, he said.

A record number of 55 children attended the luge camp and ice camp, also held during the school holidays, and there were some promising young athletes coming through the ranks, Mr Balme said.

National women's champion Olivia Leslie had spent the past two winters in Europe with her brother, national men's champion Jack, pursuing their sport. Jack won the natural track luge junior world cup in Austria in January and finished second at the junior world championships in Italy the following month.

Mr Balme said frosty nights earlier this month meant snow could be made to cover the full 360m of the Naseby Luge track.

"It was good ice, almost perfect, but we'd have preferred a little bit more co-operation from the heavens,'' he said.

There had been no snowfalls during the fortnight to boost the man-made snow, but the track was looking good anyway.

The luge camp focused completely on luge, while the ice camp included a taste of luging, curling, ice hockey and ice-skating.

The ice hockey component of the programme was a hit and consideration was being given to adding a dedicated ice hockey camp next winter, he said.

Several young families had moved into the area or bought holiday homes nearby and that was good news if they showed an interest in ice sports.

The luge track and Maniototo Ice Rink remain open for now. The length of the season depends on the weather during the rest of winter and early spring.