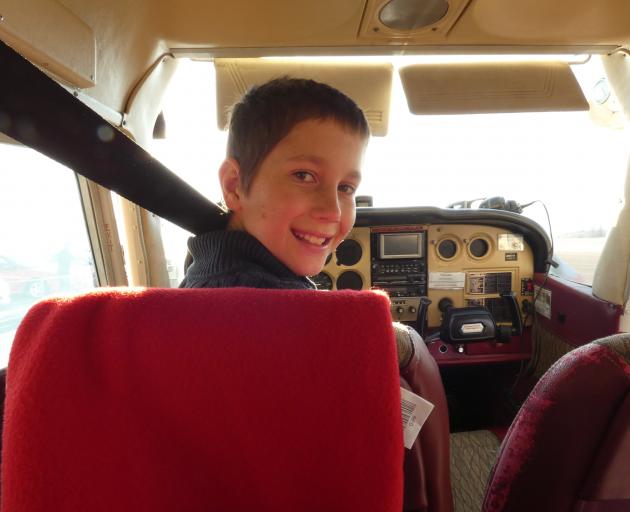 In the future, Arrowtown youngster Jackson Nolan wants to pilot an Airbus A300 wide-body airliner and don a uniform.

However, he admits he has to start somewhere.

Yesterday, that start came when the 11-year-old got a little closer to his dream of becoming a pilot, albeit in scaled-back form.

While he had never flown in anything smaller than a commercial jet, taking the controls of a four-seater Cessna 172 felt like second nature to him.

There were several days of false starts for Jackson because of fog, before the weather cleared and provided perfect flying conditions.

Before the flight, Jackson admitted to some nerves.

"Just push that the throttle up and she will want to take off herself."

Sure enough, Jackson was soon controlling the aircraft at 2000 feet.

"This is awesome and I have an awesome instructor."

Ever soothing, Mr Taylor coaxed him through.

"The plane just wants to fly itself; people just have to relax."

The flight took in much of Central Otago, from the Roxburgh Gorge to the Clyde Dam with only a little warning from Mr Taylor.

"Don’t turn too sharp. That’s when your passengers will get upset."

For Jackson, it was a walk in the park.

Landing was taken out of his hands, as taking off and flying are very different from a smooth return to earth, Mr Taylor said.

Back on terra firma, his confidence bolstered, Jackson had one parting shot.

"That was a lot easier than I thought."

His aspirations remain to pilot something bigger.

Heritage protection project gets funding from board