The coronation of the 25th Alexandra Blossom Festival Senior Queen may not have happened this year had Covid-19 rained on her reign.

However, with the announcement New Zealand, with the exception of Auckland, would move to Alert Level 1 at 11.59pm on Monday, Anne Davies was crowned without a hitch yesterday.

Her accession was mired in uncertainty. 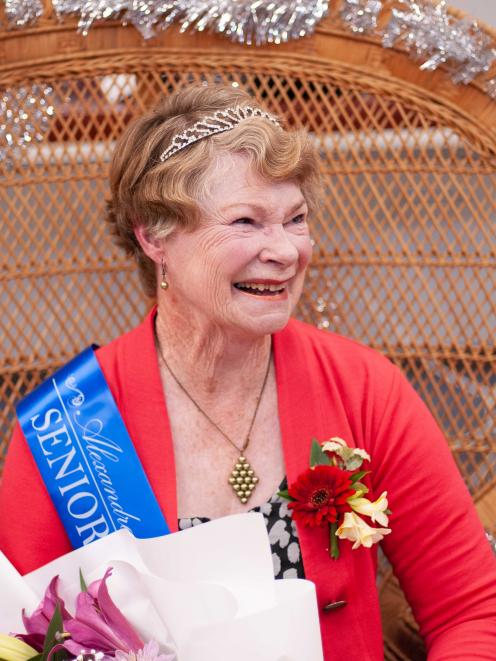 Before the coronation, Alexandra Blossom Festival event manager Martin McPherson said the 64th iteration of the festival — New Zealand’s longest-running — had been touch and go.

"It is such a relief just to be back at Level 1.

"I am so so pleased just to be back at this point."The crowning of the senior queen marks the first large-scale event of the festival, and possibly one of the country’s largest events, to go ahead since the pandemic struck.

Since its inception in 1996, the senior queen has been named each year in recognition of women who have served the community.

Mrs Davies took the throne in recognition of her involvement with Alexandra Spinners and Weavers and seemed a little overcome by the honour.

"I’m really flattered and overwhelmed by it and I’m going to make the most of it.

"I really feel like I don’t deserve it too much."

In the lead-up to the coronation at the Alexandra District Club, attendees were treated to entertainment by Gentlemen Singers, performances by Cassidy’s Dance World and a variety of performances by Dunstan High School pupils.

Mrs Davies’ nearest rival for the crown was Robyn McGregor, who was named runner-up and represented Clyde and Districts Lions.