By Jared Morgan
0 Comments
The legacy of what is believed to be one of the oldest primary school-age rugby and netball tournaments in New Zealand runs deep in the Central Otago town of Millers Flat.

The resident population of about 200 swelled tenfold to up to 2000 as teams, coaches, and supporters from across Otago and Southland converged on the Teviot Valley town on Saturday for what is, along with the Millers Flat Rodeo, one of the two biggest events on its calendar. 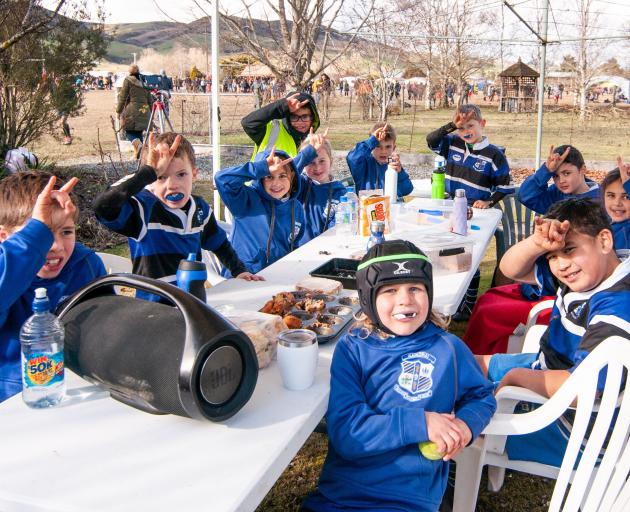 The tournament now consisted of rapid-fire rugby sevens and netball games, which fielded club and some school teams, and started some time after 1902 and before 1910.

It ran uninterrupted through both world wars, the 1918 Spanish Flu pandemic, and the ebbs and flows in the fortunes of the rural community that hosts it. 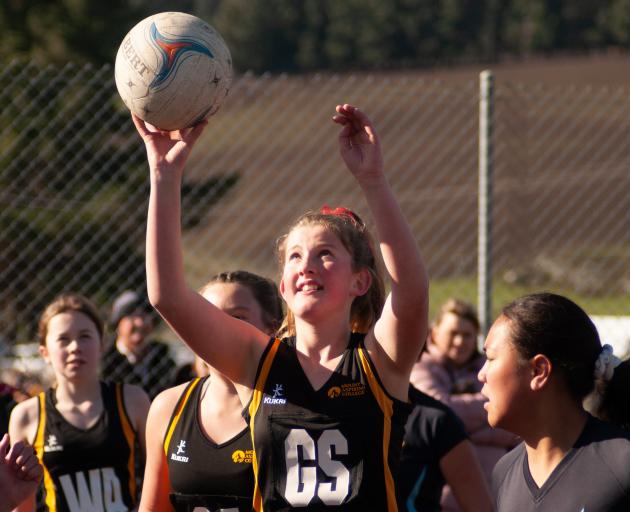 Mount Aspiring Netball Club Gold goal shoot Hana Jones (12, left) squares off against Esther Fukofuka (13) of Cromwell College Junior A.
It took another pandemic — Covid-19 — to break that run last year as restrictions on gatherings made hosting the tournament impossible.

Mr Perkins said this year’s event, the main fundraiser for the Millers Flat School, had attracted 70-plus rugby and about 40 netball teams from Central and South Otago, Dunedin, Gore and wider Southland.

The scale of the school parent-teacher association-run event meant parents at the 28-pupil school and the wider community were all called upon to ensure the day ran smoothly.

Funds were raised from team entry fees and the catering.

It meant teams got to play other sides they would not normally encounter on the field or court, he said. 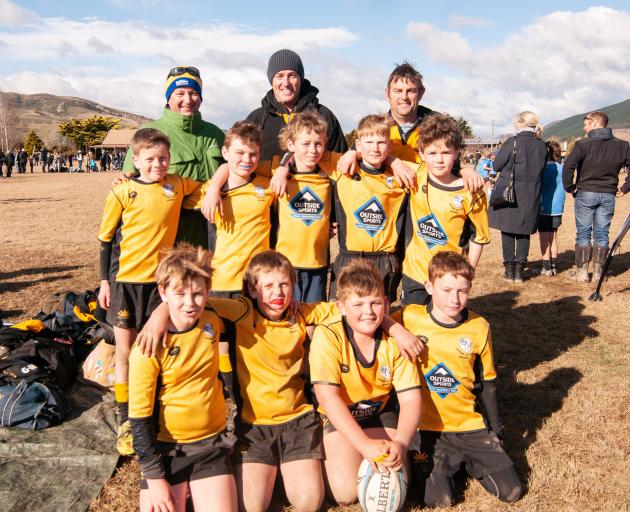 The under-11 Upper Clutha Stags were quietly confident of making the final after a string of wins. They are (front from left) Angus Wilton (10), Josh Tonbling (10), Riley Anderson (10) and George Murray (11); (middle from left) Patrick Mackay (11), Zac McIntyre (11), Charlie Swan (11), Jordy Cameron (11), and Max Gollop (10) with (rear from left) team manager Andy Wilton and coaches Clint Gollop and Stacey Anderson.
The rugby teams ranged from "Rippas" (under-7s) through to under-13s while the netball teams spanned years 5 to 8.

"A lot people came as kids so there’s a bit of a legacy to it, too."

That legacy was best illustrated by Wakari School principal Chris Smith, of Dunedin, who was at the tournament with his Kaikorai Valley Rugby Club under-9 team — also known as the "Demons".

The team had perhaps the best set-up of any, stationed at his and wife Anna Smith’s crib which opened directly on to the domain.

Mr Smith, who was principal at Millers Flat School from 2009 to 2013, said he, his wife and children still had a strong connection the community and had bought the holiday home in March.

"It’s just one of those places you grow to love."