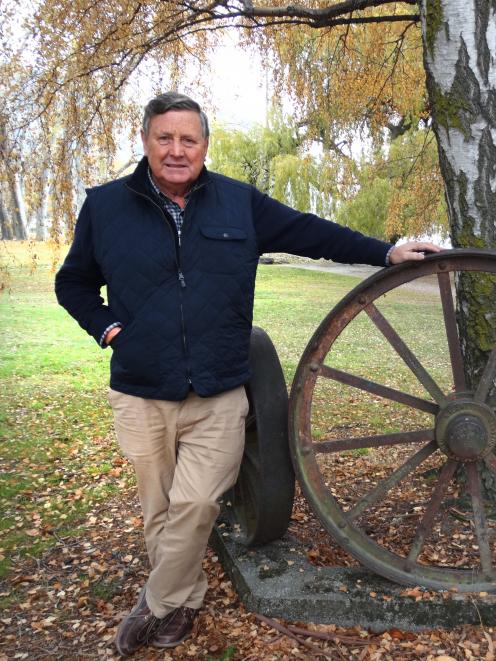 Q When were rural support services set up and why?

The first one was set up in North Otago in the 1980s following successive crippling droughts. That period also coincided with the aftermath of Rogernomics that had major consequences for farming at that time. After a series of major droughts in Central Otago in the 1990s the trust boundaries were expanded to take in the whole of the Otago region. In the late 1990s, under the direction of the then minister for agriculture Jim Anderton, trusts were established around the rest of the country. There are now 14 independent autonomous trusts serving the whole of the geographic region of NZ.

The prime reason for the trusts to be set up, which is still the prime reason today, was to provide  free and confidential one-on-one assistance to farmers in a time of need. It had been centred around adverse events or a natural disaster such as a drought, flood or a snowstorm but latterly it has been a 365-day-a-year operation where farming families in the rural community ask the trust for help in confronting their problems. The demand ebbs and flows very much in response to the financial fortunes of the rural sector.

Q Why was a national body of rural support trusts formed?

It has been perceived for some time there was a need for a central body that the minister, the Ministry for Primary Industries and other farmer-related organisations can seek a rural trust perspective on an issue rather than having to go to the whole 14 trusts. In addition, the national body will facilitate the exchange of ideas between the 14 regional trusts. We are also in the throes of setting up as a charitable trust so that if a company or anyone wants to support the work of the rural trusts financially they now have a single body they can liaise with and those funds can be distributed to the 14 trusts.

Q How often will this national body meet and what will your role involve?

We’re still in the setting-up stage so we are meeting twice this year but once a year after that. My role is to ensure that the trusts ‘stick to their knitting’ of providing one-on-one assistance rather than morphing into yet another quasi-rural political organisation alongside such organisations as Federated Farmers and Rural Women.

Q Do the rural support trusts deal with some very serious cases?

Yes, indeed. Our co-ordinators are trained to recognise the symptoms of people really under stress and at risk of depression or even suicide. A very positive initiative in the last 18 months has been the appointment by the Southern District Health Board of what are known as ‘clinical champions’ who are available for the direct referral when trust co-ordinators are confronted with situations that require professional  help.

Q What are the main issues facing Otago farmers?

They’re many and varied, but the continued access to water irrigation would have to be a big one. Another concern has been the depressed wool price and until recently low lamb prices. The recent downturn in dairy prices saw the trust supporting a number of both farm owners and sharemilkers but thankfully we’re back on the right side of the ledger now. The answer is you never know when the next major call is going to come but we’re like a fire brigade, we’re there ready and able to provide assistance when the call comes.

Q Do you think it’s tougher now for farmers than when you were younger?

Yes, I think there are more stresses and strains and more pressures financially. Farmers work in isolation which has its own implications and they’re constantly battling the vagaries of the markets and climate, so it’s not a job for the faint-hearted. As well we now have to deal with an increasing divide between the urban and rural sectors.

Q How do we fix that?

There are a lot of positive environmental developments going on at the moment in the rural sector and farmers are frustrated that they aren’t being recognised by their urban counterparts and aren’t being reported in the media.

Q Is this urban/city divide something the rural support trusts are having to deal with?

It’s something that I am addressing by focusing on farmer self-esteem, farmers being proud to be a farmer. I was in Canada last year at the Calgary stampede and there were huge numbers of farmers wearing T-shirts with ‘Proud To Be A Farmer’ emblazoned across them. They were celebrating being a farmer whereas in New Zealand because of all the attacks from various avenues farmers are feeling under stress and that their stewardship of the land is not being recognised.

Q Do you personally get anything out of this new position?

I’ve been fortunate to have been involved in a number of positions professionally in the agriculture sector and this is just one way of using that experience and paying back the privilege of being on such bodies such as the Meat Producers Board, Farmers Mutual Insurance and as a two-term MP. The work I do as chairman of the rural support trust and now as deputy chair of rural council is on a strictly pro bono basis. All those involved in the trusts reflect the spirit of the rural community which is fellow farmers helping fellow farmers.

Q You’re 70 now, you have been a beef and dairy farmer for 50 years, but if you were a young man in your 20s would you go into farming now?

I certainly would, there are tremendous opportunities out there. New Zealand is ideally placed to deliver to increasingly discerning international consumers who see high-end food products produced naturally on some of the best pastures in the world.