Fluoride back on agenda

The controversial issue of water fluoridation is back on the Maniototo Community Board agenda.

The board will next week discuss whether to abandon plans to introduce fluoride to the Ranfurly water supply.

A report to the board from Central Otago District Council water services manager Russell Bond says the issue of fluoridation ''polarises the community as it attempts to balance the common good of dental health and individual rights''.

On December 8, 2011, the community board agreed to fluoridation, but it was not a unanimous decision.

Sue Umbers, the only board member to oppose, said fluoride tablets were accessible and cheap.

''We're talking about everybody getting it whether they want it or not,'' she said. Board member Mike Summers said it had been up to the public to decide, they had voted and the majority were in favour.

Ratepayers had voted on the issue in 2007. In the Maniototo ward, 385 people voted for it and 323 against; 110 people did not answer. A similar split occurred in the Alexandra and Roxburgh wards. Most voters in the Cromwell and Earnscleugh-Manuherikia wards favoured fluoridation. However, Mr Bond told the board the voting was open to all ratepayers, not just drinking water supply consumers, meaning the results needed to be treated with caution. In 2008, the Vincent, Cromwell and Roxburgh community boards opted against introducing fluoride to water supplies.

Ministry of Health funding is available to cover the whole cost of installing fluoride dosing equipment, conditional on the community agreeing to commit to the dosing for a 10-year period. Operational costs would fall back on the community and were estimated to be about $5500 a year, or $10 per connection per year, Mr Bond said.

Those figures were based on information from the Clutha District Council.

Mr Bond warned board members the Clutha council did not receive the funding until the system had been operational for at least a month.

The installation was then audited by the Southern District Health Board.

He proposed two options for the board to consider - not to proceed on the basis that committal to 10 years' worth of operational costs would be too much for Ranfurly water consumers; or to proceed with the installation of a fluoridation system on the basis the board agreed the public health argument was sound and the costs were acceptable.

''Fluoride addition is reported to provide dental health benefits to the whole community connected, regardless of their socioeconomic position,'' he said.

The board is expected to consider the report next Thursday. 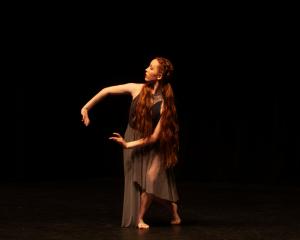