Gravel road maintenance in the Central Otago district may have to be cut if the local council does not receive more government funding.

``A reduction of this magnitude would have a significant impact on the safety and accessibility on unsealed roads,'' Ms Muir said.

The council applied for the funding under the agency's 2018-21 National Land Transport Programme which will be adopted on August 31.

The agency told the council funding allocations would be confirmed when the programme was adopted.

Ms Muir said while the $407,000 across the three-year period could appear minor, in Central Otago the money accounted for seven months of grading across 1400km of gravel roads.

She said the council's gravel road programme was already ``run to the bone'', as funding was cut three years ago.

``We've got good ground to go back to [the agency] and challenge their decision.''

Ms Muir said the council had spoken to the agency to try to reinstate the $407,000 and asked it to fund an additional $750,000 to fund reconstruction work for the Jedburgh St bridge in Roxburgh.

A community meeting was held in Oturehua last year to discuss the state of gravel roads and council staff advised residents to lodge concerns with the council.

Gilchrist's Store owner John Hellier, of Oturehua, drives nearly 1000km a week on two mail runs six days a week near Oturehua, half of which are on gravel roads.

``If there's a decline on funds it's almost inevitable there will be a deterioration on the gravel roads, '' he said.

He said deterioration could lead to potholes which could mean more frequent wheel alignments and punctures.

He believed drivers would need to ``drive to the conditions'' and the increase of tourist vehicles in the region, especially around St Bathans, would mean people would have to take extra care on the roads if the council could not maintain the roads as much.

The NZ Transport Agency did not respond to a request for comment yesterday. 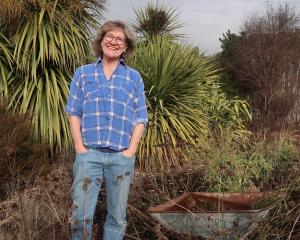