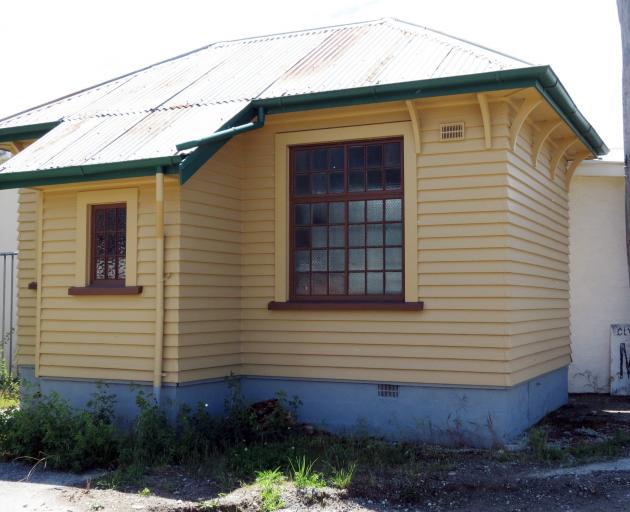 The historic Clyde police lock-up is soon to be moved, for the third time in its history. PHOTO: TRACIE BARRETT
A piece of Central Otago policing history has spent a large part of its 83 years almost as unsettled as its former occupants.

The Clyde police lock-up — a cell building — is on the move for the third and perhaps final time.

It was built in 1938 next to the police sergeant’s house in Blyth St but was relocated to the rear of the Clyde Courthouse, also in Blyth St, in 1960.

In 2003, after the courthouse was sold, the lock-up was moved to the rear of the Clyde Historical Museum, also in Blyth St, where it has been primarily used for museum storage ever since.

A meeting of the Vincent Community Board earlier this month approved a plan for the building to make its furthest move yet — to a site on the Clyde Railway Station Recreation Reserve off Fraser St.

The decision follows a conservation plan for the lock-up, which was reviewed in 2018 as part of a feasibility study to help determine the future of the Clyde museums.

A report by Central Otago District Council property and facilities officer Christina Martin recommended ‘‘adaptive reuse’’ to give the lock-up more prominence and allow greater public enjoyment of it.

It further recommended the building be included on the council’s register of heritage buildings, sites and objects.

Last year, the board approved the design brief to redevelop the Briar Herb Factory site, which included the relocation of the lock-up to the site.

The Clyde Historical Museum Group requested the lock-up be relocated to inside the new building as the centrepiece of its gold-themed exhibition. The design brief was tendered, and three architects were shortlisted.

Before the project could progress further, the board asked the council for an update on the Clyde Museum redevelopment project, and the draft district museum strategy.

In March, the board resolved to wait for the strategy to be finalised and the outcome of the investment framework be completed before continuing with the project.

The risk of putting the project on hold was the lock-up could become trapped if vacant land behind the Clyde Historical Museum was developed.

In August, the owners of that land told council staff they were planning to build early next year. They said they were open to the use of their land to help move the lock-up but asked it be done between May and September next year.

The board opted to approve the proposal to move the lock-up from the rear of museum to the reserve, the $46,000 cost to be funded from Vincent general reserves and the lease to be granted to the Clyde Historical Museum Group over 30m at the site.