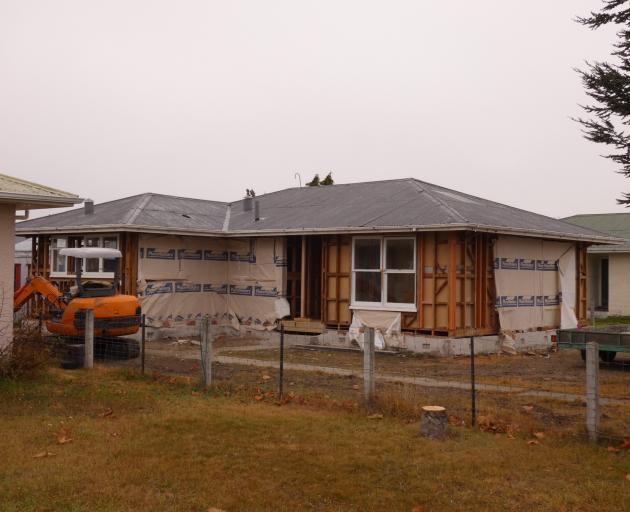 On the move ... A house at 106 Centennial Ave, Alexandra, is being prepared for relocation to make way for for a proposed Countdown supermarket. The house is one of nine on the block slated for relocation or demolition. PHOTO: JARED MORGAN
Plans for a new supermarket in Alexandra are gaining momentum after a Covid-19 delay.

A resource consent application has been publicly notified for the building of a 3000sqm Countdown by local developer CPD 2012 Ltd, which is working with Woolworths New Zealand, the supermarket chain’s owner.

The site will occupy the nine sites from 102 to 110 Centennial Ave, and behind them at 59 to 63 Ventry St. CPD spokesman Simon Wearing said the developer had ‘‘secured’’ the nine properties on the allotment.

However, it did not necessarily want to have to buy all the properties until it was 100% certain the project was going ahead.

“I do know that from a CPD perspective that we are in touch with the tenants and are addressing their concerns around when they might have to get out,” Mr Wearing said.

The company was hoping to relocate as many of the houses as possible, he said.

The supermarket will be built with a car park that will include a total of 114 customer spaces, including four mobility car parks.

A 2m-high security fence will run along the boundary of the site where it adjoins neighbouring residential properties.

It will also include 135sq m of rooftop equipment as well as landscaping, a vehicle service area, 175sq m of signage, exterior lighting and four cycle rails and parking.

Submitters have until 4pm on June 26 to send their views to the Central Otago District Council.