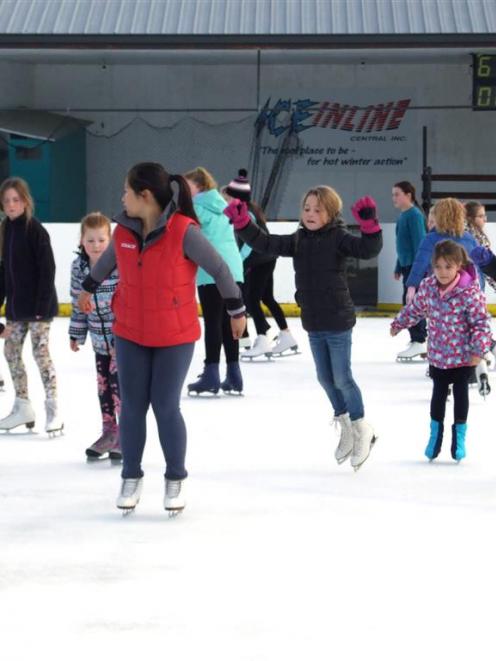 The hour-long show will be staged at the rink on Sunday, starting at 5pm, and the title is Battle of the Bands - a battle between boy bands and girl bands.

"That's all our KiwiSkate [beginner level] children through to our competitive skaters.''

The club recently held its championships and the top skaters in each grade would be doing solo performances in the show, she said.

The show would also feature items by the club's two synchronised skating groups.

"The idea behind the show is to showcase the children's skills that they've learnt during the season,'' Mrs Booth said.

The season is about three-quarters of the way through and coaches Ms Khoo and Rachel Hope, of Alexandra, had been working hard to improve the young skaters' skills.

Because the venue is an outdoor, uncovered rink, the length of the season depends on the weather. All going well, the season would continue until at least mid-August, she said.