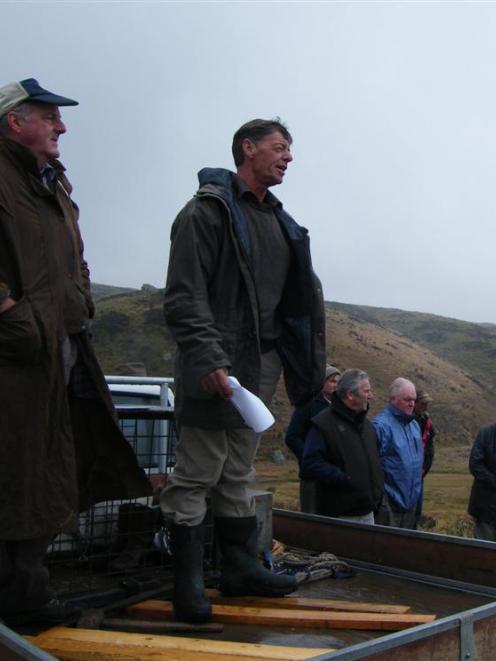 About 80 people turned up to inspect the site for the dam, which will store up to 15 million cu m of water and irrigate 2000ha of land.

The Hawkdun Idaburn Irrigation Company is exploring options for funding and managing the dam, which is on the Ida Burn.

"And we've got rain today - isn't that always the way when you hold a meeting about irrigation," company chairman Ken Gillespie, of Oturehua, said.

"The price we have for the dam, $10.8 million, might seem a bit scary, especially at $10,000 a hectare, but we firmly believe it won't get any cheaper," Mr Gillespie told the crowd.

"This is an information gathering exercise but we'll be looking for support financially from the regional council," Mr Gillespie said.

"Is there any money left in the coffers after the decision about the stadium?"Project manager David Hamilton, of Dunedin, said the Hawkdun Idaburn irrigation scheme at present provided water to 3500ha.

January to March was the driest time in the Maniototo and a storage dam was needed to extend the irrigation season.

It would be an enormous asset for the district and drought-proof about a third of the Maniototo, Mr Gillespie said.