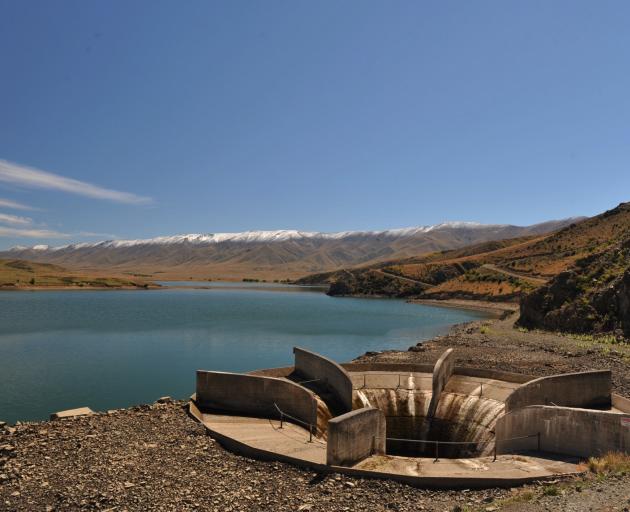 But the project had not been canned and would continue once Otago Regional Council water issues had been resolved and funding for the dam was in place, Manuherikia River Ltd (MRL) acting chairman Gary Kelliher said.

"Within the next one-two years we've got to make some decisions and within five years we have to have it [the new dam] built."

About $2 million had been spent so far on investigations into the Falls Dam project, half of which was government funding, which was matched by irrigators, Mr Kelliher said.

However, changes to government policy around irrigation - described by former MRL chairman Allan Kane 18 months ago as a "major hurdle" for the Falls Dam project - had also caused uncertainty for the project, Mr Kelliher said.

The changes, which meant no more Crown Irrigation Investments funding was available for new irrigation projects, meant alternative funding would need to be found for the final pre-construction, feasibility phase of the project. This could cost between $2 million and $5 million, Mr Kelliher said.

But it was the uncertainty over broader minimum flow and consent issues in Central Otago that was the main problem, he said.

"There were too many unknowns to be able to move to the next phase ... It [regional council water processes] has us really hamstrung, and until we get some clear direction about what's happening it's very hard to make a call [on the dam]."

Mr Kelliher said irrigators were frustrated by the delays.

"The water users want to get on with it. People are trying to make investment decisions out there [about properties and water] and they can't move on."

MRL directors felt there was no option but to wait, Mr Kelliher said.

But it did amount to a "Catch-22" situation, where the dam would solve water issues, but the water issues meant the dam could not proceed just yet.

Mr Kelliher has been MRL acting chairman since last October, when Mr Kane and the other two independent directors pulled out of MRL.

Mr Kane said he was disappointed by the delays.

"The irrigators wanted to put the project on hold while they sorted out things like allocation, consenting, minimum flows, which disappoints me as I feel that increased storage is the answer to all those issues."

•The Falls Dam project will see a new dam built immediately in front of the existing dam, 6m higher than the existing dam. Estimated costs are about $60 million-$70 million.

•The new dam will irrigate about 12,5000ha in the Manuherikia Valley and have twice the capacity of the existing dam at 20 million cubic metres. It will service about 600 farm, lifestyle, horticulture and viticulture properties. About 75% of the irrigators in the catchment have indicated they will sign up to the new scheme.