Otago's newest, and only, knight to be named in this years’ Queen’s Birthday honours list believes his honour stems from the growing maturity of New Zealanders as a people and as a nation. 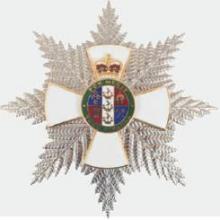 Cambrian artist Sir Grahame Sydney said to be an "elderly man at the bottom of the South Island" and being recognised for art was humbling and showed a greater recognition of the pioneers in the arts who had not been recognised in the same manner in the past. That had changed in recent years.

Echelons of artists in various disciplines had been overlooked but they had paved the way for a shift in attitude and a confidence in people recognising what being Kiwis meant and seeing that expressed in any artistic medium was something he was happy to be "just a very small part of", Sir Grahame said.

"They expressed what it means to be us."

He was riding on their coat-tails but his recognition honoured other artists.

"Of course, it’s a shock and a very pleasant surprise."

The recognition was also cause to reflect.

"It makes you think of what’s given rise to this career, a very unusual career I know, and its all down to the support you get." 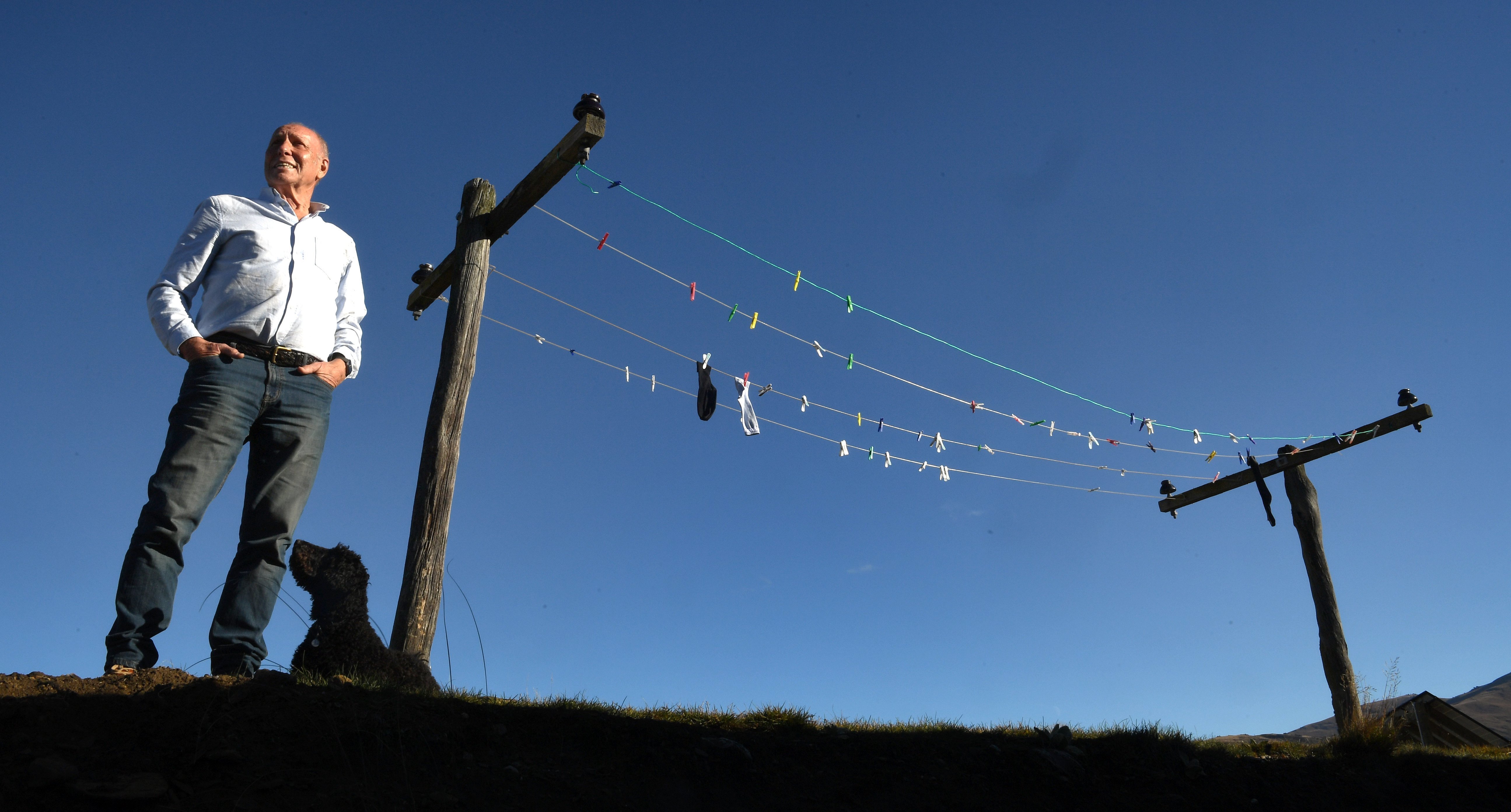 Teddy looks up at Sir Grahame Sydney as the pair are framed by a massive Central Otago sky as they stand beside their Cambrian home clothes line which is itself a work of art. PHOTO: STEPHEN JAQUIERY

In his case, that came from family, friends, and associates who made it possible to pursue "this strange hobby I have," Sir Grahame said.

The "courage" of his supporters was what had sustained an artistic career spanning 50 years.

"They are the brave individuals who write out a cheque, you get that approval and if you don’t get that support, you don’t have a career."

That five-decade career was across media including oil painting, watercolour, egg tempera, lithographs, etching, and photography.

Yet, he said, his style had not evolved much in that time.

He had found a formula and stuck to it, it was labelled as "realist" by afficionados but he said it was augmented.

"Realism is the term that’s applied [but] my work lurches away from that truth — I create an artificial world within the frame."

His works are represented in New Zealand’s major galleries and private collections here and overseas. His exhibits have attracted record crowds.

His works are the subjects of several books including Grahame Sydney Paintings 1974-2014 and his own publications have included Promised Land: From Dunedin to the Dunstan Goldfields (2009).

Sir Grahame has advocated on various environmental issues, including the successful Save Central campaign, and he was a founding member of the Central Otago Wildling Conifer Control Group.

He was made an Officer of the New Zealand Order of Merit, at New Year 2004.