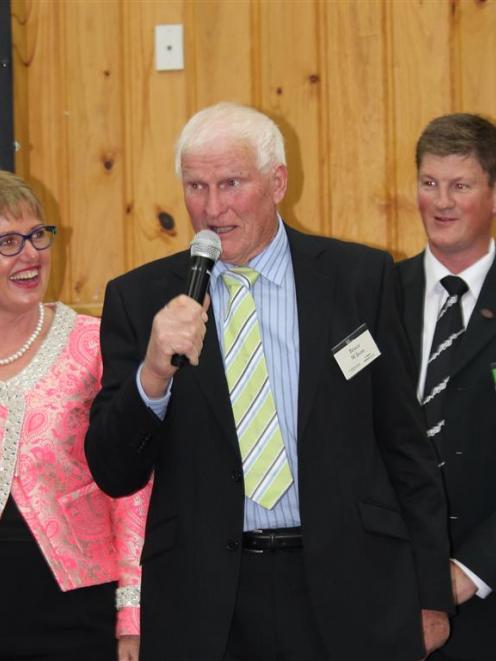 The New Zealand Century Farm and Station Awards honour and recognise New Zealand families who have continuously farmed the same land for more than a century.

The awards ceremony was held at the Simpson Park Recreation Centre in Lawrence on Saturday night.

Twenty-nine of the 32 families from all over New Zealand who earned the award were present and received a bronze plaque in recognition.

Three families, one of which was from Otago, earned the sesquicentennial award.

Century Farm recipient Nathan Wilson, of Owaka, spoke on behalf of his family, which has worked on his farm for four generations since 1891.

He said it was a privilege to be a part of the farm's history and time working on it had gone by "pretty quickly''.

Another family from Owaka, Alan and Helen-May Burgess, also received the award.

At the event she said the awards were an opportunity to recognise each family's contribution to the primary sector of New Zealand.

"The challenge now is to maximise the value of the land in every sustainable way.''

Century Farm and Station Awards chairman Simon Howard said the awards would not exist without their patron, Russell Brown.

"It was his idea and he's the reason we're here tonight,'' Mr Howard said.

He said the awards were all about people and those present were now part of the Century Farms family.

The awards were in their 11th year and usually attracted about 30 to 40 eligible families a year.

A brief background of each of the families was read to the crowd and those attending were treated to a buffet-style dinner.