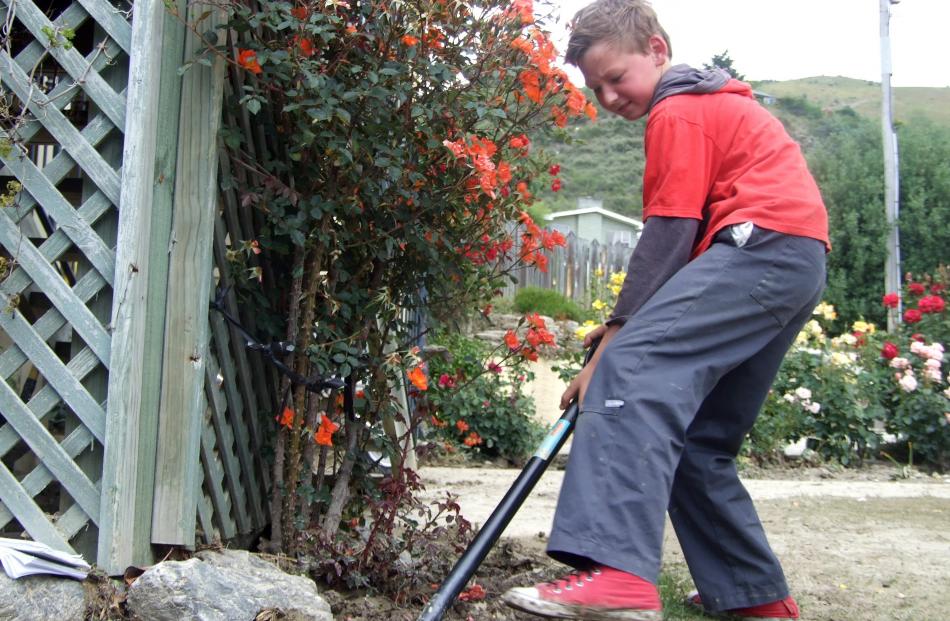 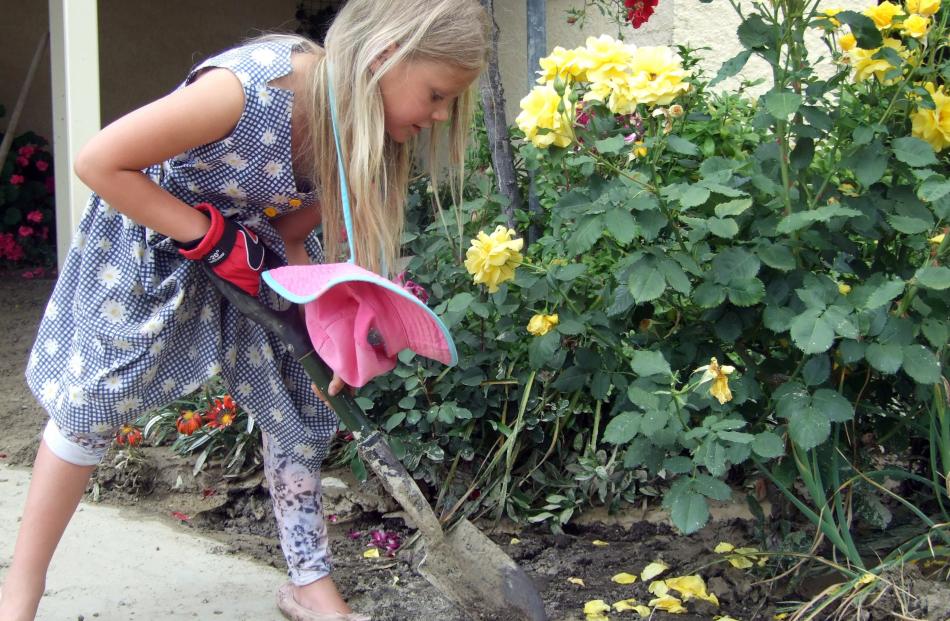 Roxburgh Area School pupil Alexina Ballantine (8) was the youngest to get dirty and help clean out one Tweed St property.

The main road on both sides of Roxburgh will not open and the town's water supply will not be back on until at least today, Central Otago Mayor Tim Cadogan says.

The road between Millers Flat and the Roxburgh Dam was still closed last night.

Regardless, adults and children were still helping each other out, busy with brooms and shovels in the worst-affected areas.

Infrastructure teams were working hard to clean up the town, in particular at Reservoir Creek in the north end.

Mr Cadogan said it had been hoped to get the road open yesterday but the north end of Roxburgh made it impossible.

Mr Cadogan hoped the water supply would come back on today, but could not promise anything.

He recommended Roxburgh residents turn their tobies off when the water came back on because of dirty water when the pressure returned.

''We don't want that going in to people's dishwashers, washing machines and so forth.''

He said today's ''big job'' was to monitor the sewage system as the water came back in.

Mr Pasco said if the water was turned on today staff would come in and help clean up.

''All the areas that were wet we've stripped out. The science labs probably won't be used between now and the end of the year. We'll just find alternative spaces.''

There had been rumours the school would shut for the rest of the year, but Mr Pasco said these were not true.

''That had facetiously been mentioned by some people but that's not the case. We've got a senior prizegiving next week; it was supposed to be tonight [November 28].

''As soon as we get water and sewage cleaned up, there's no reason why we can't open.''

Mr Pascoe said NCEA exams were still going ahead in the school this week.

''We've just been finding alternate spaces that are quiet.'' 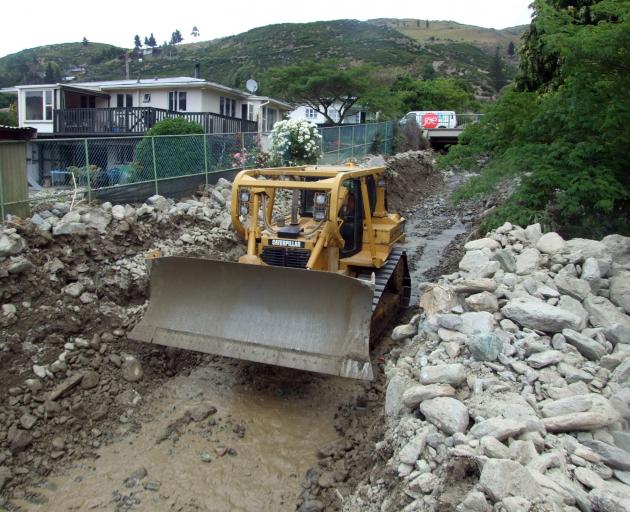 Bulldozers and excavators were being used by contractors in Reservoir Creek in the north end of Roxburgh yesterday afternoon to clear rocks from the area. Photo: Tom Kitchin

Yesterday afternoon, the centre of the town was quiet, but in the north end near Tweed St, people were out in force cleaning up sections.

Yesterday in Roxburgh, rain and thunderstorms had been forecast but only moderate rain hit the town in the afternoon.

''There was a decent shower of rain earlier on that didn't eventuate into anything major but it gave us all the heebie jeebies,'' Mr Cadogan said.

Tweed St resident Mark Coleman was in the midst of cleaning up his section yesterday afternoon.

''We've had a bit of a clean up around the house; we've had the insurance people in; everything seems to be all right at the moment.''

Another Tweed St resident, Ian Davis, was busy clearing his property too.

''Other people's houses are worse off than mine but I'm just clearing my drive,'' Mr Davis said.

There was a short but intense thunderstorm in Alexandra and Clyde last night.

MetService meteorologist Tui McInnes said there was 38.4mm of rain in Alexandra between 7pm and 11pm on Monday night.

He said a few residents on Waikerikeri Valley Rd self-evacuated last night as a precaution, but returned home to sleep.

He said there were no ongoing issues in the Clyde-Alexandra area.