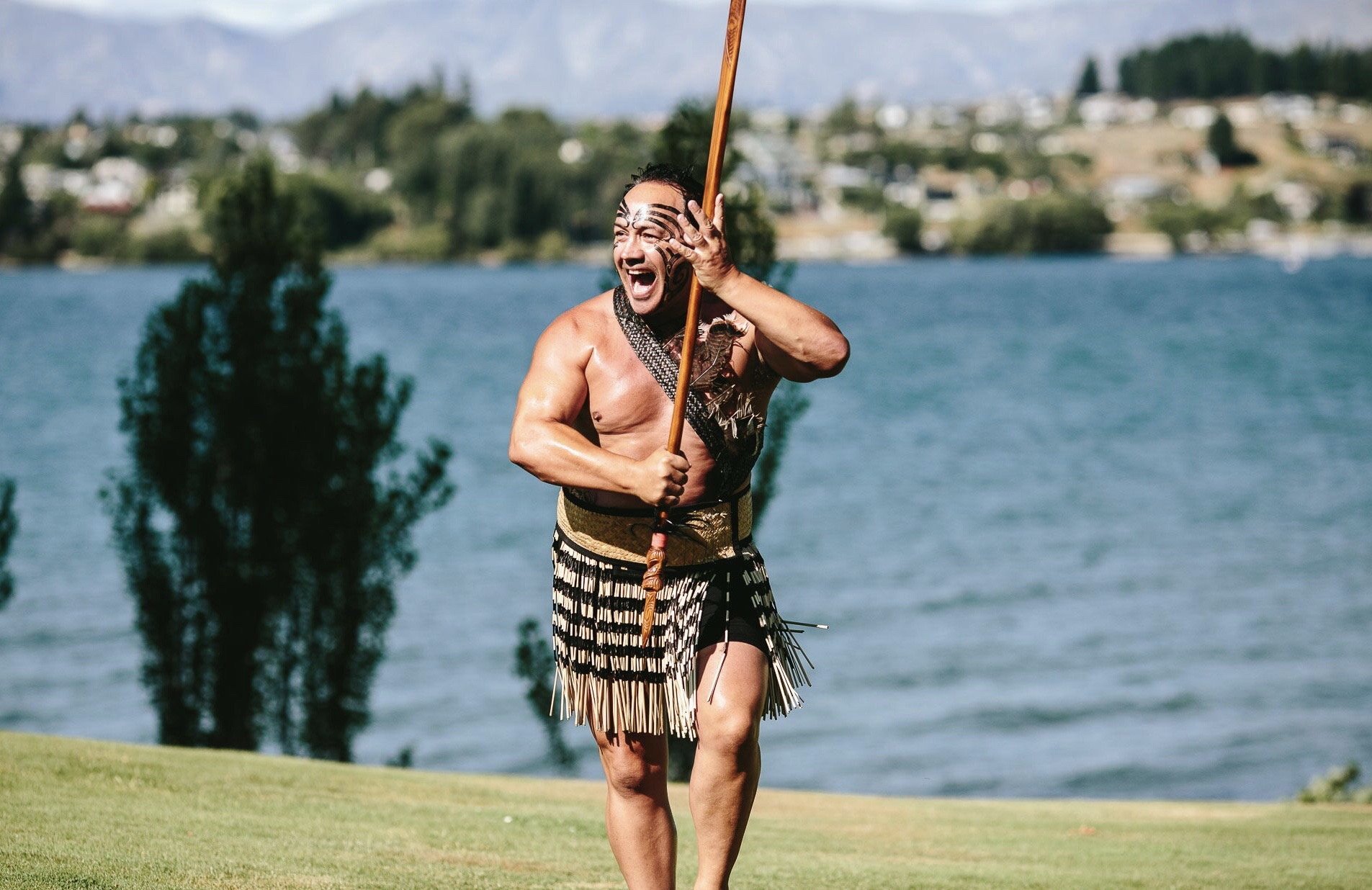 Tourists want to know more about Maori culture ... Joe Waide, of WanaHaka, at work. PHOTO: WANAKAPHOTOGRAPHY
A Wanaka tourist operator and Hawea historian believe the early Maori occupation of Tarras and its environs should have been considered by Christchurch International Airport before it bought Tarras farmland for a proposed new airport.

Joe Waide is of Maori descent on his mother’s side and a descendant of a 19th century Tarras farmer on his father’s side.

Maori Point vineyard is on a bend of land on the Clutha River (Mata-Au) where Maori prospectors panned for gold in the 1860s, and is one of the stops on his tour.

It is also next to the group of Tarras farms recently bought by Christchurch International Airport for $45million.

Mr Waide said there were reports of Maori in the region dating back to the 1300s.

There were also many documented sightings of Maori travelling from the northern coastal areas over the Lindis Pass to Lake Hawea and Wanaka for food such as weka and eels, and to the West Coast for greenstone, he said.

Mr Waide said he "really feels for Marilyn and John and those ones from Maori Pt vineyard".

"You wonder about the timing and the purpose and intent [of Christchurch Airport] in the life we are living right now."

In an archaeological survey report of the Upper Clutha valley in his compilation book Maori in the Upper Clutha, the question was raised as to why so few sites of Maori occupation in Central Otago had been excavated.

"Widespread destruction by natural and human agencies" was cited as one of the reasons.

"That includes connecting with the Papatipu Runanga with interest in Tarras and the surrounding region, fully understanding the cultural values and history of our site and the surrounding area and discussing the project with Te Runanga o Ngai Tahu," he said.

That process was under way but in its early stages, he said.

"We will have our conversations with manawhenua in the appropriate way and in private.

"We appreciate the dynamics and mana of the Papatipu Runanga in the Ngai Tahu takiwa.

"Our starting position with manawhenua is that we share a long-term view about providing for the wellbeing of the people and whenua of Te Waipounamu for future generations," Mr Singleton said.

The Otago Daily Times contacted Ngai Tahu and the Otakou Marae for a comment on the proposed Tarras international airport, but did not receive a response.