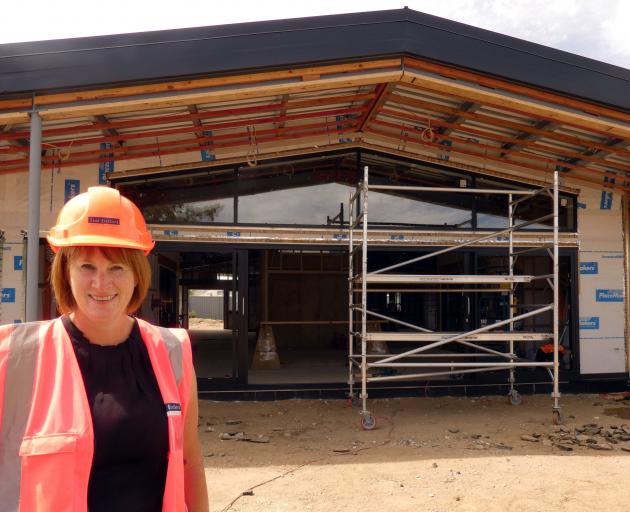 The project, which started in September last year, was expected to be completed by September this year, principal Sarah Graham said.

She could not confirm how much the project would cost; however, The Terrace School has been allocated $266,805 from the Government as part of an initiative to help modernise schools.

So far everything was going to plan.

"One of the things we are really excited about is that it will mean we will have a real presence in the front of the school."

The current administration block is a short walk from the main entrance and the existing technology centre is no longer fit for purpose.

Both existing buildings will be demolished and in part of one of those areas a staff car park will be reinstated, Ms Graham said.

A range of schools from Central Otago and Queenstown Lakes are on that list, including Hawea Flat School, which has been allocated $159,390.

However, none of the funding announced by Mr Hipkins in September went towards the build.