Mrs Heron’s cottage prior to commencement of restoration work. PHOTO: SUPPLIED
The restoration of Heron Cottage on the banks of the Clutha River has unveiled more than mud and bricks. Simon Henderson picks up the tale of lost gold and harsh winters in a once thriving Central Otago goldmining community.

Restoration of a humble cottage dating from the 1860s is taking place on the banks of Lake Roxburgh.

Mrs Heron's Cottage is virtually the only remaining evidence of a once thriving goldmining community in the Roxburgh Gorge.

The work has been funded by Contact Energy, which has an agreement with Heritage New Zealand to work together to manage archaeological sites along the banks of the Clutha River. 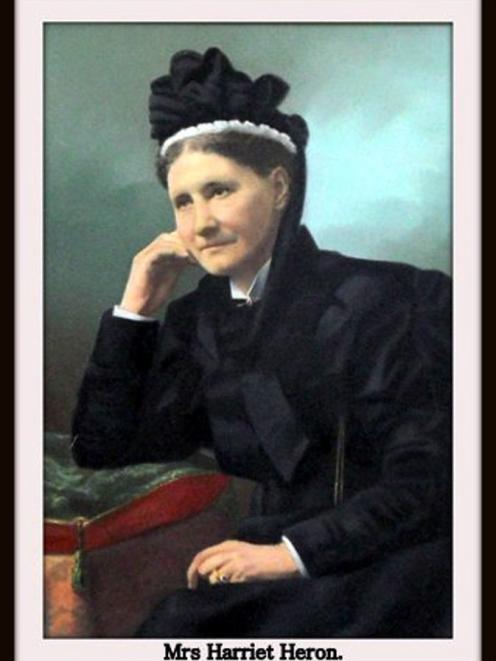 The work was part of a conservation management plan that would ensure the site could be preserved for the public to enjoy.

"It is a preservation of part of New Zealand's history."

Built in about 1862, the cottage used to be part of a large goldmining area called Fourteen Mile Beach, which during the peak goldmining period of the 1860s and '70s was home to up to 1600 prospectors.

Henry and Harriet Heron's cottage was "perched above" the settlement.

With the construction of Roxburgh Dam and flooding of the Roxburgh Gorge in 1956, the other remaining sites and dwellings disappeared under the lake.

As well as owning a mining claim, Mr Heron sold equipment to prospectors, and one story goes that he was paid in gold.

"Every night he used to put this gold somewhere in a camp oven," Mr Druce said.

But when he died suddenly, the location of the gold was lost.

"No-one ever knew where the gold was kept," so there might still be a "camp oven full of gold" somewhere in the hills of Roxburgh Gorge, Mr Druce said. 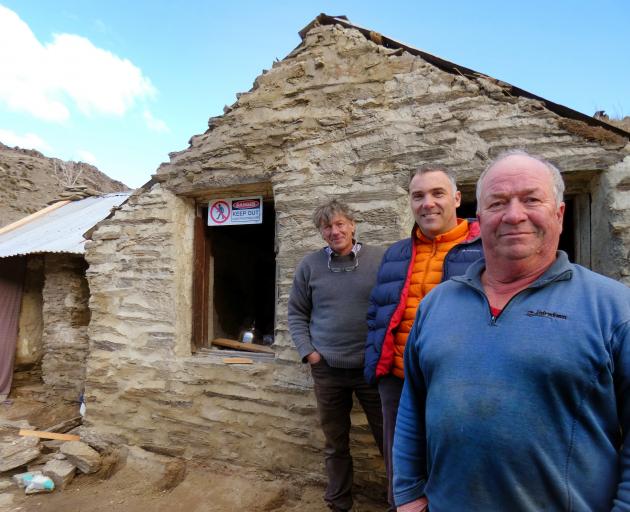 He would be rebuilding a couple of chimneys and he was repointing the exterior stonework using a "mud mix" and lime putty. 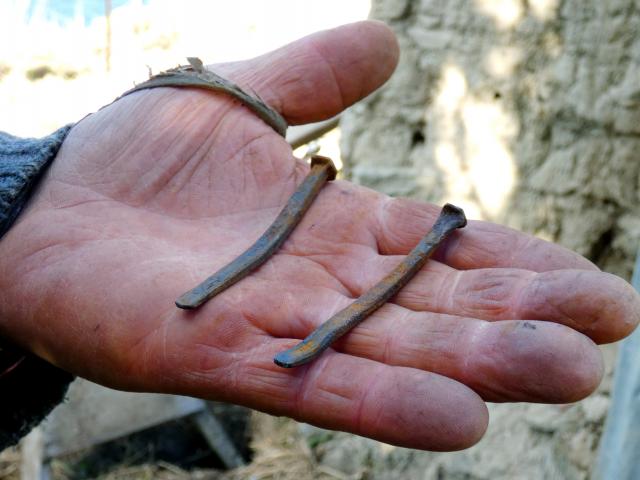 Heritage builder Chris Naylor, of Clyde, shows original hand-forged nails from Mrs Heron’s cottage.
The cottage had been built with mud and rock from the local area.

The early goldminers were "lucky they had an amazing supply of very good rock".

The rock could have been sourced only metres from the cottage, Mr Hinds said.

The interiors would have been whitewashed with watered-down lime, he said.

Although a Shacklock Orion coal range had been added at some point in the late 1870s, conditions would have been challenging in the winter.

"The only insulation was a bit of sacking on the roof." 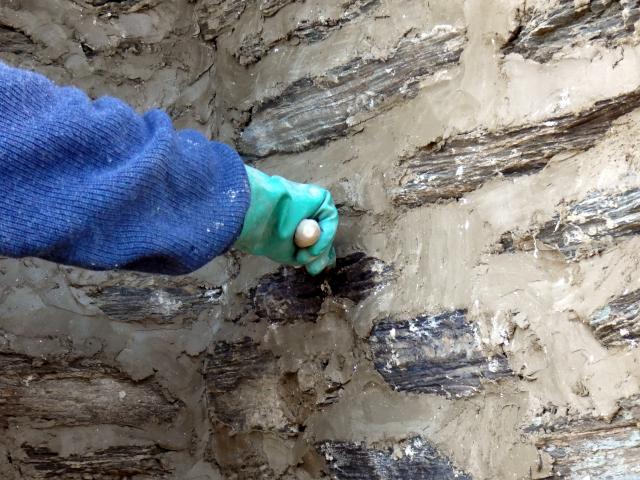 Heritage stonemason Keith Hinds, of St Bathans, repoints the exterior of Mrs Heron’s cottage with a traditional mud mix that matches the original 1860s construction.
Heritage builder Chris Naylor, of Clyde, had taken off much of the rusted iron and was replacing rotten purlins to ensure the cottage was more watertight.

"If you can keep the building dry it can last forever".

While repairing the rusted roof, Mr Naylor made a surprising discovery.

"I lifted one sheet of iron and there were eight geckos all living under there."

The geckos must have found it a good space to hunker down over winter, so the cottage was still being used for accommodation after all these years, Mr Naylor said.

"So that was quite interesting." 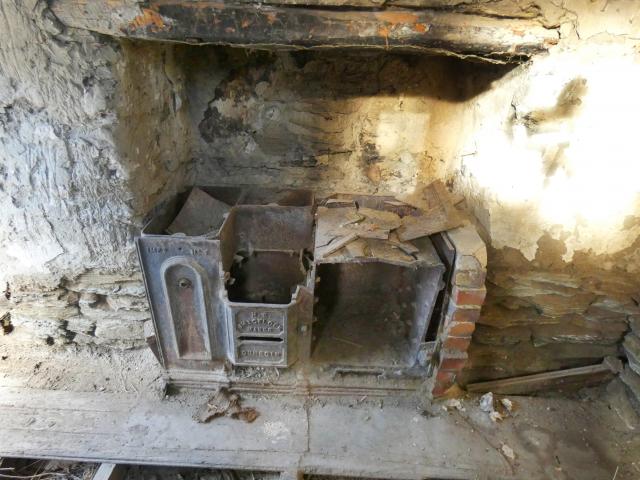 A cast iron range made by H.E. Shacklock, of Dunedin.

About 1875, Mr and Mrs Heron moved to Roxburgh where they bought the Commercial Hotel, and in 1885 Mr Heron was elected mayor of Roxburgh.

After Mr Heron died in 1896, Mrs Heron continued to be a part of Roxburgh life and ran the hotel until her death in 1913.

There was evidence that the cottage continued to be used by many people over the years, providing a "social history" of more than 150 years, Dr Schmidt said.

"It is amazing how many years different people lived in the cottage and did their own thing."