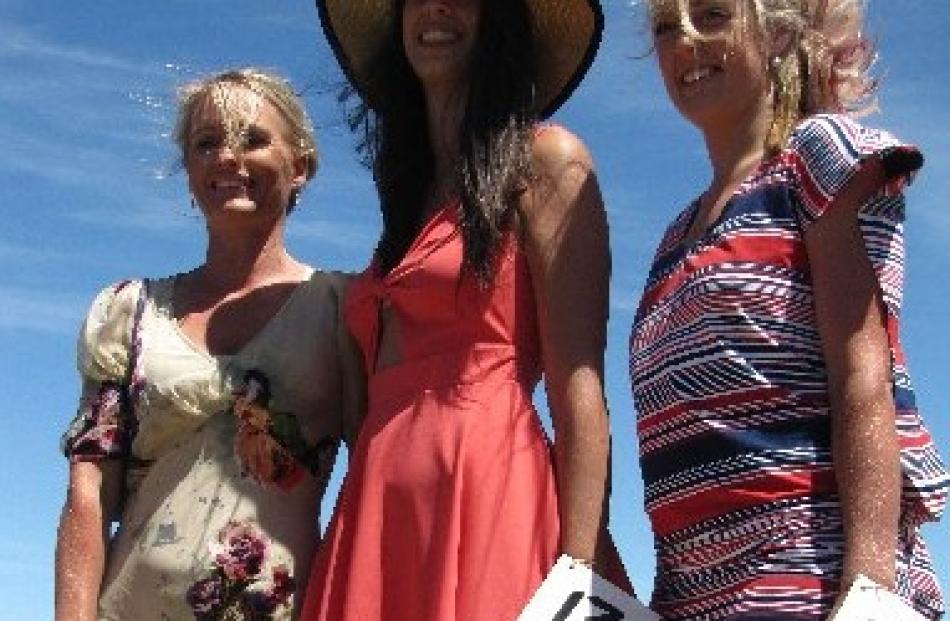 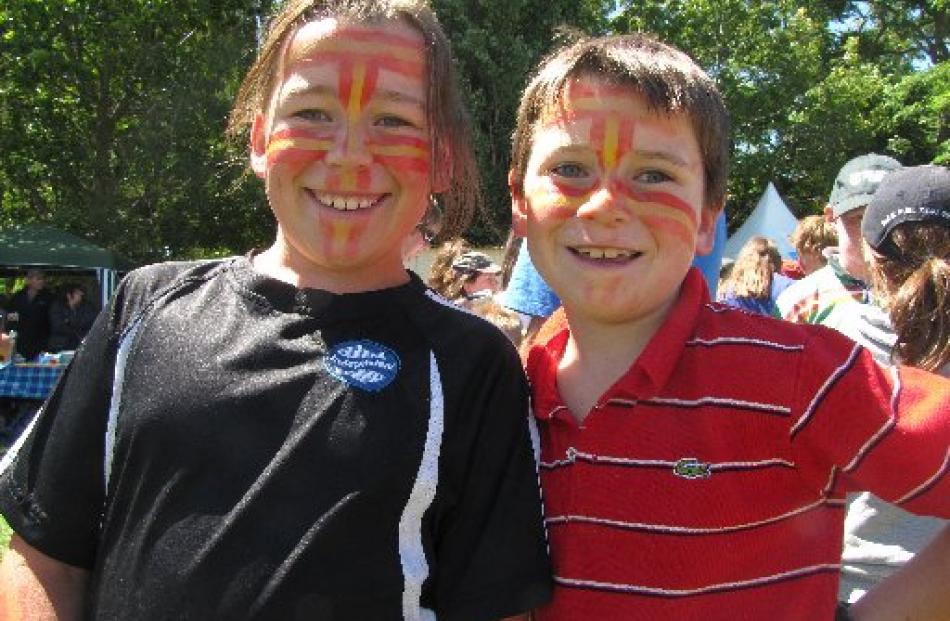 Meg (left, 10) and JT (7) Longley, of Christchurch, wait in line for the Kids Pick betting. 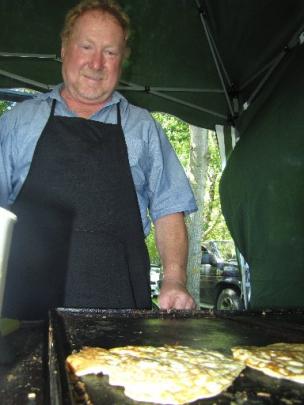 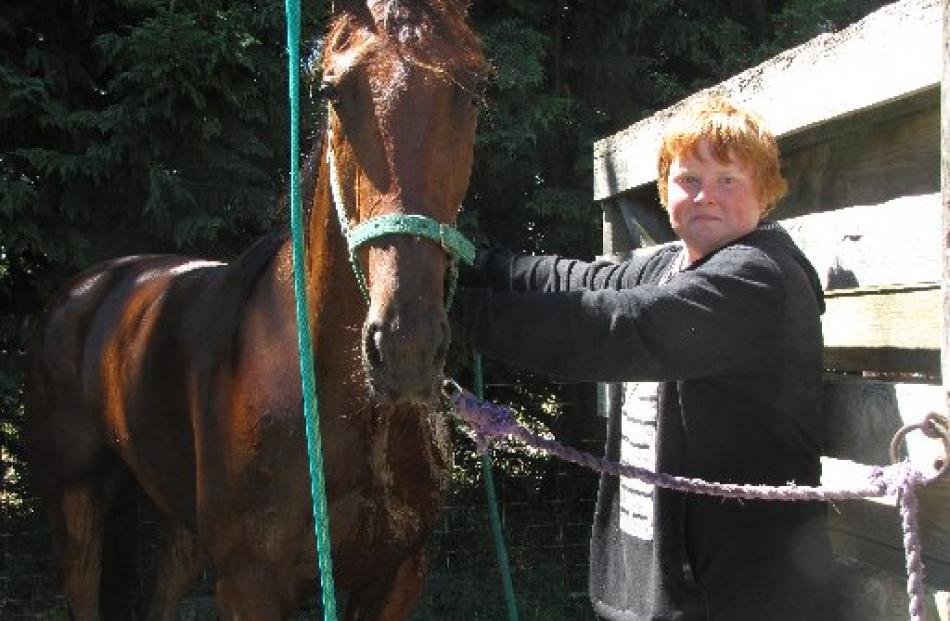 Stablehand Ethan Munroe (13), of Christchurch, washes down Might Have a Fight after race six.

Despite about a third fewer people turning out for the annual Omakau Trots than last year, the on-course turnover was about the same, Southern Harness Racing promotions officer Lindsay Beer said.

He estimated just under 6000 people turned out for the day of racing, compared to just over 9000 last year.

However, it seemed those people were spending more as on-course turnover was $316,000, $5000 lower than last year.

As usual, it was a family day with plenty of people sprawled on picnic rugs under the trees or on the grass embankment, many rugging up against the cool breeze.

Central Otago Trotting Club president Snow Hamilton said he was "enthused to see all those people with their chilly bins and rugs".

There were also hot chips and hot dogs as well as whitebait patties, ice-creams and drinks.

For the children, there was free entertainment all day including a bouncy slide, races such as a Moonhopper and sack, as well as Kids Pick - where every child bettor won a prize.

Apart from the races, a a new feature was the Fashion in the Field event that drew many more entrants than expected.

Organiser Christine White said 36 women entered and it was "spectacular" for the first time the event was run.

Deirdre Mackenzie, one of the judges, said "the standard was very high ... amazingly high".

The judges deliberated on their choices for quite some time before narrowing the field to 10 and then the final three.

First place, and the $500 prize package went to Lucy Truesdale, of Melbourne, in an ultra mini cut-away dress.

Second place and the $350 prize package went to Jaqui Lewis, of Invercargill who wore a cream and floral dress.

Third place, and a $250 prize package, went to Melissa Bell, also of Melbourne.