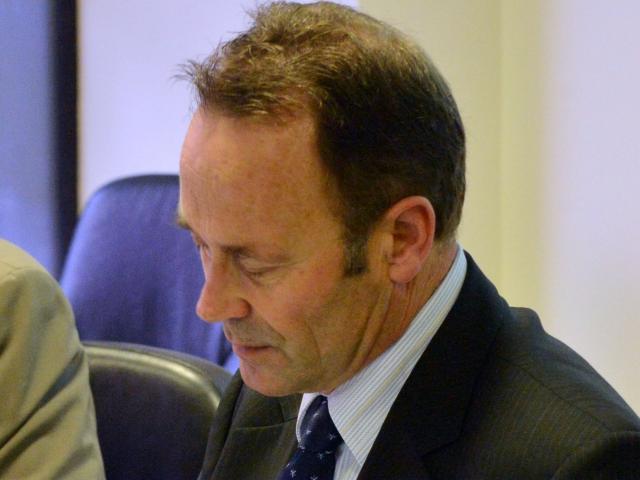 Gary Rae
A new service station on the corner of State Highway 6 and McNulty Rd, in Cromwell, has been approved by an independent commissioner, despite being opposed by almost 20 submitters.

But commissioner Gary Rae has approved the application, with a suite of conditions.

The application was considered at a hearing in August and the decision was released yesterday.

The site on which the service station will be built is part of the former Cromwell saleyards, which was rezoned from rural resource area to industrial resource area through Plan Change 11 in 2017.

The proposal was to build a service station which would include 12 filling positions, a 6m forecourt canopy, two-bay car wash facility, two 8m-high signs, a caravan waste dump site and nine car parks. It would operate from 6am to 10pm daily.

A store would be added to the facility later.

Twenty submissions were received, 18 of which were against, the concerns including noise, signage, road safety and the waste dump site.

Cr Rae's decision said the main ''issues of contention'' were whether access from McNulty Rd would operate ''safely and efficiently'', whether the proposal was acceptable near a residential area and whether adverse effects on amenity could be mitigated.

He noted the concerns of neighbours of the site, but said evidence showed noise levels would be acceptable.

He also said improvements had been made to the McNulty Rd access design. As well, there would be no access from SH6.

Conditions of the consent included that fuel be delivered to the site only between 6am and 10pm, the car wash operate only between 7am and 10pm, a lighting management plan be done that reduces light from the site between 10pm and 6am, and that all traffic entering the site do so from Old Saleyard Rd.

A noise assessment will also be done of the car wash within its first three months of operation.

A 10-lot rural lifestyle subdivision by Greenlight Land Ltd, on farmland near Tarras, was also approved by Mr Rae.

Residential building platforms will be established on all but one of the sections on the 143.4ha site, which has frontages on State Highway 8, Bells Lane (SH8A) and Jolly Rd.

Six of the allotments are just over 4ha, three are between 13-16ha and the one without a house is 71ha and will be retained for farming.

The hearing was also in August, and the decision released yesterday.