'One of the good wee country rodeos' 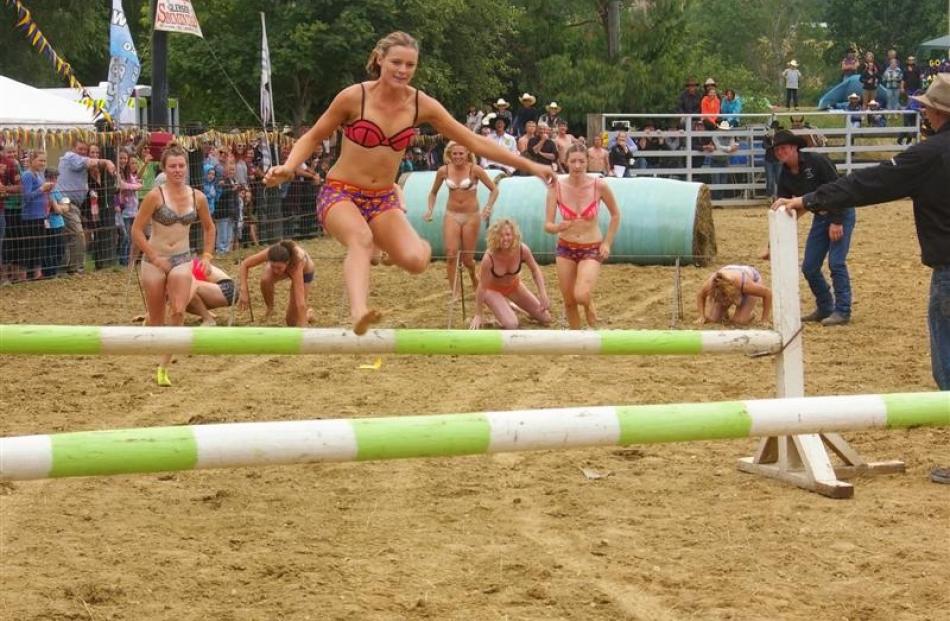 Hope Moore, of Balclutha, leaves the rest behind on her way to win the inaugural JR Laser's Undie Run at the Lawrence Rodeo on Saturday. Photo by Hamish MacLean. 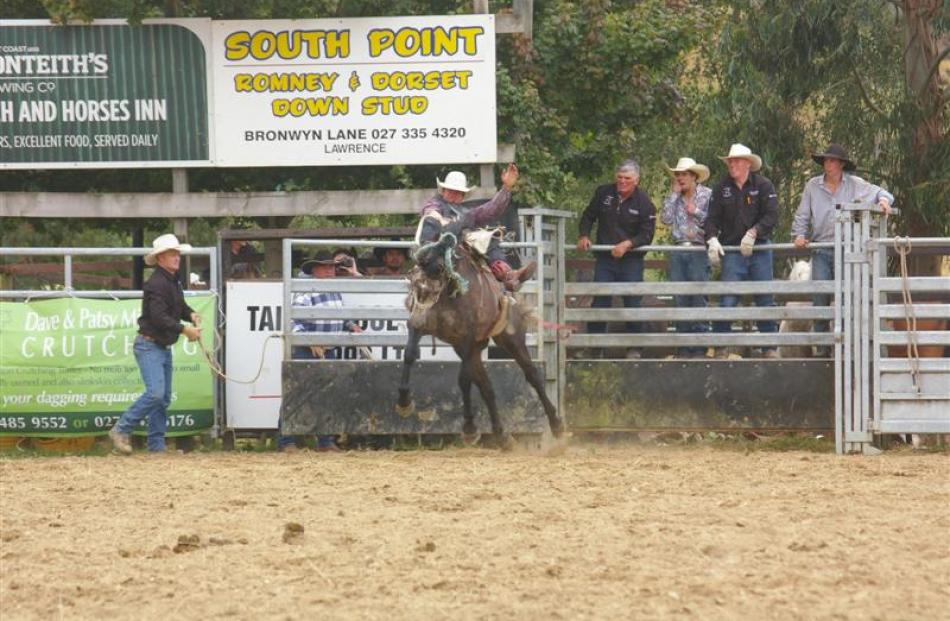 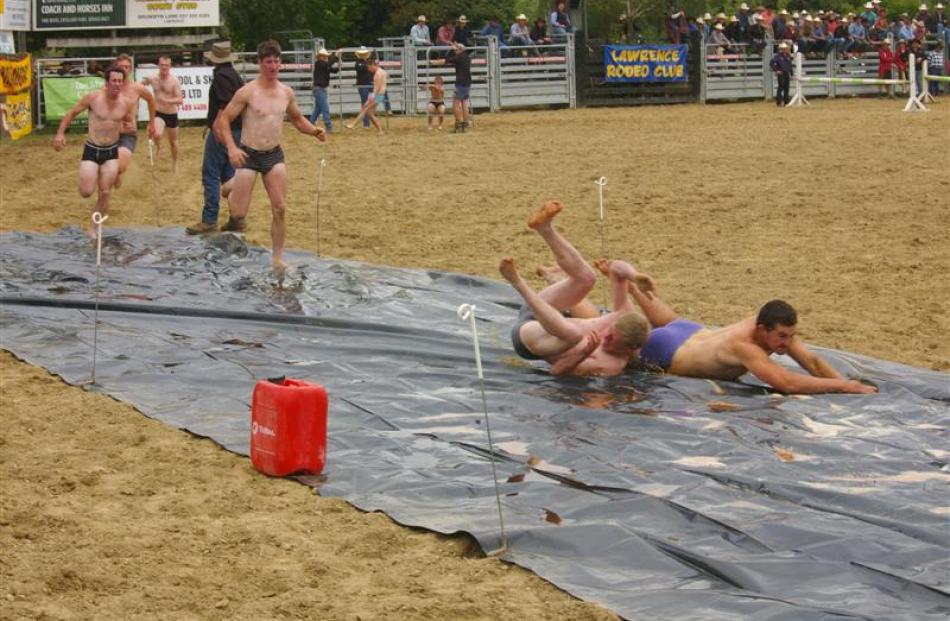 The Undie Run at the Lawrence Rodeo was a crowd favourite.

The weather held out and a crowd of more than 700 turned up, making this year's Lawrence Rodeo a great success, organisers said.

Publicity officer Murray Hellewell said the 60 strong volunteer army that put the day together on Saturday showed the spirit of the Lawrence rodeo community.

''It's amazing for a little community,'' he said.

''It's just one of the good wee country rodeos.''

The Outlaw Broncs, horses from Outram and Lawrence, and bulls from Middlemarch proved mean. Would be riders limped to the fences covered in dust throughout the day.

Mr Hellewell called the calibre of rodeo contestants ''incredible'' and said he was pleased with the number of competitors the event drew.

A first for the event was the noon Undie Run, where 18 women and 10 men stripped to their underwear and raced an obstacle course that left them covered in cooking oil, flour and dirt.

Mr Hellewell said he was confident the event would return next year.

A moment of silence was observed for ''two fallen cowboys'' from the Lawrence area, Chris Robinson and Brian Fox, who died last year.