Owners have big plans for Faigan's 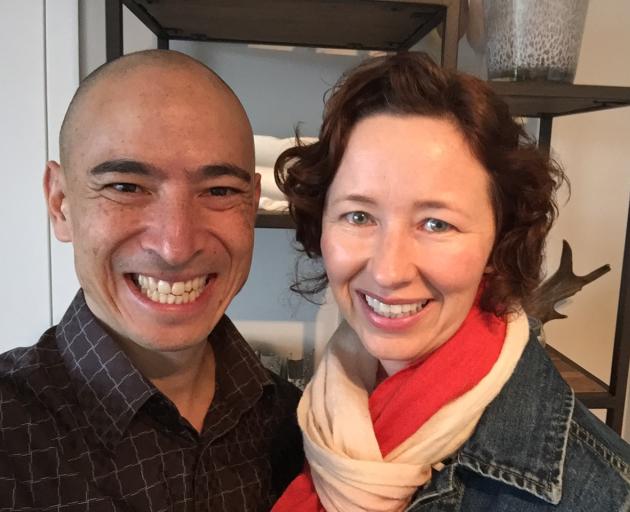 This week Mike Tan and Juanita Garden will officially become the owners of Millers Flat's Faigan's Store. Photo supplied.
A former Millers Flat woman hopes the town will become a ''destination'' as she and her husband revive its only shop as a cafe, grocery store and restaurant.

Aucklanders Juanita Garden and Mike Tan are putting the finishing touches to the paperwork for Faigan's Store this week.

The shop was run by a community trust, but closed in May after Foodstuffs withdrew its Four Square franchise.

The community decided last month to sell the building and business to the couple.

Mrs Garden said they would initially stay in Auckland and visit occasionally, but planned to move to the town in about five or six years, once Mr Tan's children had left home.

''We've been intending to move to Millers Flat for some time. We spend school holidays there as much as possible.

''When we saw that Faigan's was closing down we thought 'that's terrible, because that's the community that we're going to be moving to', so we thought about what we could do to resurrect it.''

It would ''definitely'' retain the name Faigan's, she said.

''That's part of Millers Flat's heritage. I remember going into Faigan's when it was owned by the Faigans.

''It was incredible; it was like an Aladdin's cave.''

Mrs Garden lived in the town until she left school and still has family there.

She held a meeting with the community on Saturday, attended by about 50 people.

''They're incredibly supportive. The main thing is they want to retain the grocery store, but they also understand that it's no longer in a trust and needs to be a viable enterprise.''

Her father, Eoin Garden, chaired the trust which owned the store.

''He's been trying really hard to be very professional. He's been supportive, but has known he has to support the trust.''

The couple were aiming to open in January as a cafe and grocery store selling local and niche products, and later branch out as a restaurant.

They both had fulltime jobs, but would provide support and be part of the ''bigger picture'', Mrs Garden said.

''We're looking for a manager and a chef. It's a great opportunity for someone who wants to put their stamp on it.''

The town could become a ''little Central Otago destination'', she said.

''We're pretty sure it's in exactly the right spot between Dunedin and Wanaka or Queenstown, as well as the popularity of cycle trails growing.''