In the midst of swashbuckling action in a rehearsal for the Pirates of Penzance are (front, from left) Jules Molloy, Ron Cunningham, Nicholas Goudie, Blake Luff and Grant Radka; (back, from left) Kaidi Saw, Jackson Collier (obscured), Daniel Brannigan, James Brooks and Frans Theewis.Photo by Lynda van Kempen.
Shiver me timbers, a ship has been built inside an Alexandra theatre.

The Pirates of Penzance sets sail on Saturday as part of the Alexandra Blossom Festival and runs until September 30.

The front half of a full-sized ship is a vital part of the Alexandra Musical Society production and it makes several appearances during the show. Designed and built by Grant Ruffell, of Alexandra, the vessel features a mast, sails and rigging.

''Having a ship on stage was one of the challenges; making it a workable size and height and having it mobile,'' director Bryan Aitken said.

As well as being essential to the story of the comic opera, the ship added another dimension to the show, as action could continue well above the level of the stage, giving extra visual interest for the audience, Mr Aitken said.

The Gilbert and Sullivan show has been given a makeover. It is set in steampunk times and has been given a ''modern twist'' along the lines of Joseph Papp's 1981 Broadway production. The musical score has also been modernised.

''It's a more family-oriented show, than say, Evita, last year's show, and it's very colourful in its costuming and in its production,'' he said.

Songs ranged from some beautiful ballads, which needed sensitive singing, through to ''high-energy'' songs which needed energy without becoming raucous.

Teaching the actors the sword-fighting scenes was another element to his work this year.

''There's a combination of moves that have numbers, so they're allocated a number sequence and learn that.''

About 35 people were in the cast and ages ranged from 12 to 70. They were a good mix of old hands and first-timers, Mr Aitken said.

This will be the fifth show he has directed for the society in the past decade and he enjoyed being part of such a ''community-based'' production.

Sam van Betuw, of Dunedin, is the musical director and Alexandra dance teacher Judith Campbell is the choreographer.

The society has always been part of the blossom festival and staged shows to coincide with all but one of the 59 festivals so far. 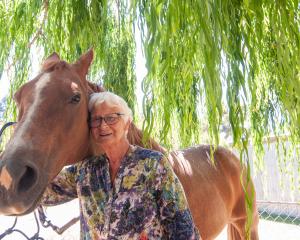 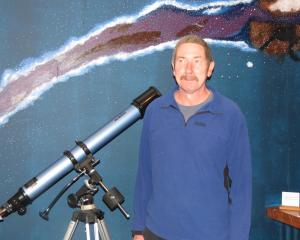