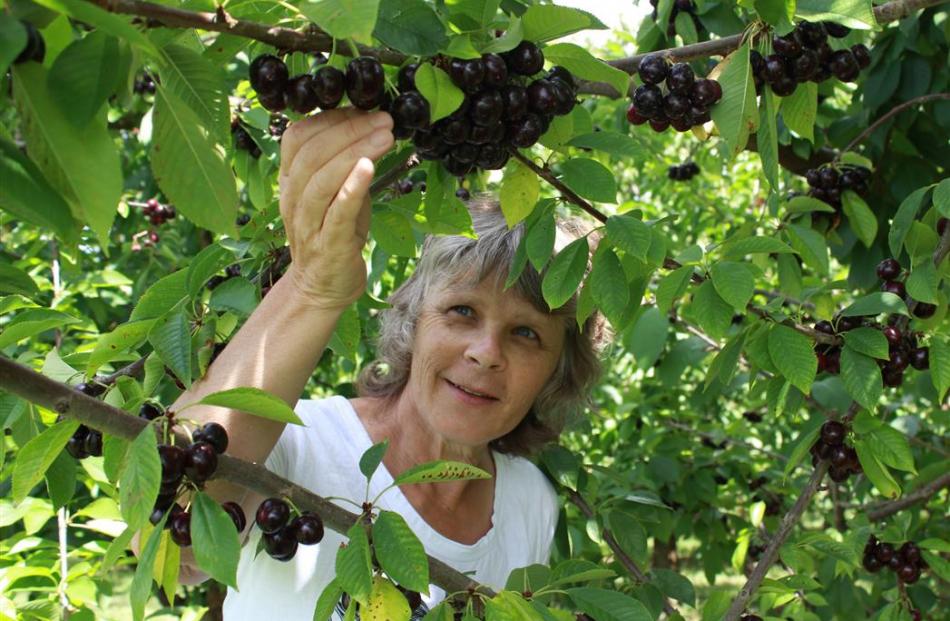 The cherry industry is expecting record export volumes for Central Otago as the season comes to an end.

The last cherries were boxed last week in Central Otago, which provides more than 90% of New Zealand's cherry exports.

Export statistics for New Zealand to the end of January show volumes reaching 3000 tonnes and, with a few weeks of data still to be calculated, numbers are expected to eclipse last year's record of 3200 tonnes.

"That will make it our largest cherry-export season ever.

"Although we had some rain this season, it was when it was cold, so you don't get as many problems.''

One of the main reasons for record volumes was increased plantings, she said.

"New trees are starting to produce, and plantings from the last 10 years are maturing and bearing more fruit.''

A report last year on Central Otago's horticulture and viticulture industries said cherry plantings would increase by 34% in the following five years and the fruit added $50million annually to the local economy.

Tim Jones, general manager of the country's largest cherry exporter, 45 South in Cromwell, said he did not yet know if its exports were larger than they were last year but they seemed similar.

"We've had another year of good dry weather and good-quality fruit.''

Summerfruit export committee chairman Dean Astill said returns might exceed last year's bumper return of $52million, but it would not be a record.

"It looks to be as good, if not better than last year.''

"There were a few seasons of bad weather which damaged crops, but the last two years have been great.''

The fruit was exported mainly to Taiwan and the rising market of China, followed mostly by other Asian markets, including Thailand, South Korea and Vietnam.

Research is under way to increase volume further as Jill Stanley, the science team leader at Plant and Food Research site near Clyde, looks into redesigning how orchards are arranged.

"What we aim to do is to at least double and, hopefully, triple the yield.''

The research is part of a six-year plan funded by the Ministry of Business, Innovation and Employment and the summerfruit industry.