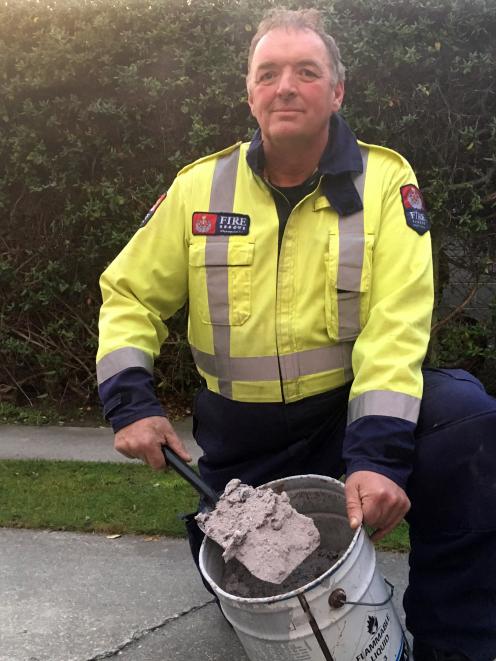 Fire and Emergency New Zealand Central-North Otago manager Keith McIntosh said there had been a handful of fires caused by discarded ashes in Central Otago over the past couple of years, including two in Cromwell and one in Ranfurly last year.

About "one or two a year" also occurred in Queenstown, Mr McIntosh said.

The latest incident occurred in Alexandra last Friday, when a wheelie bin and fence caught fire.

Mr McIntosh said although they were not as common as chimney fires, fires caused by hot ashes were the "most destructive".

"They are spasmodic but they're very serious.

"When we're called to them, quite often we would find a building on fire."

Over the year to last month, about "two-thirds of fires to buildings and structures" in Central and North Otago occurred between April and October, he said.

"It's related to people being indoors and heating. It can be anything from disposing hot ashes to chimney fires."

Fenz fire risk management officer John Smalls said ashes could remain hot and ignite for up to five days after being removed.

"We recommend disposing of ashes in a metal container with a lid and being stored away from the property."

He said putting them under a running tap to cool the ashes down was another useful procedure.

Otago principal rural fire officer Graeme Still said there had been few fires from hot ashes recently after a flurry of fires across Otago and Southland about a month ago.

"There's always a bit of a run when people begin to light their fires."