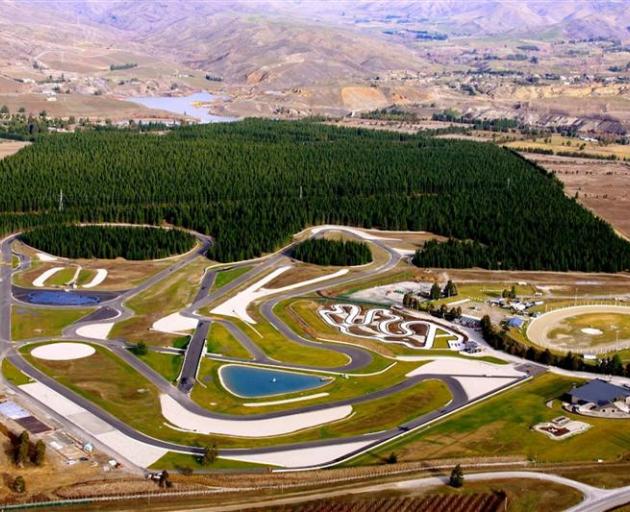 Mr Whitney's report into Plan Change 13 was released by the council yesterday, along with news that a hearing will be held for the plan change from June 10-14.

The private plan change, lodged by River Terrace Development Ltd, is to rezone 49.8ha of land on the corner of State Highway 6 and Sandflat Rd, opposite the Highlands Motorsport Park and near the Central Motor Speedway. River Terrace Developments then wants to build 840 houses there, as well as a retirement village, cafes, restaurants, shops, a medical centre and possibly a school.

The application attracted 417 submissions, 410 of which were against the application. The council also submitted against the plan change, not because councillors were officially against the proposal, but rather on the basis that it would pre-empt the Cromwell Masterplan process that is under way.

Mr Whitney said the new River Terrace Resource Area requested by the applicants would have significant adverse effects on the environment; landscape and amenity values; future land options; traffic; and in terms of the loss of the productive potential of the land/soil resource on the site.

It would also potentially compromise the outcome of the Cromwell Masterplan process.

He said the applicants said the plan change would provide for residential growth in Cromwell, but sufficient land was available in existing developments through to 2028.

As well, the area was not integrated with the Cromwell town area and would "result in a substantial residential community being created that is separated from the existing residential areas of Cromwell".

Mr Whitney's report said the Ministry of Education had advised the level of the River Terrace development was "insufficient" to justify a primary school there.

However, he said "convenience retail and service premises" would be appropriate, given the significant distance between the site and the Cromwell town centre.

The plan change's ecological effects would also be limited, and any loss of archaeological values from the loss of a historic water race on the site would be minor, "given that water races are a relatively common feature within Central Otago" and another water race on site would be retained.

Most of the site was also safe from geotechnical hazards, and engineering solutions were available for infrastructure that would be required.

But the plan change would have "significant adverse effects" on neighbouring land use activities, including Highlands, the speedway and nearby orchardists, Mr Whitney said.

Restrictive no-complaint covenants suggested by River Terrace were inappropriate and may not "in reality" prevent owners and occupiers from raising concerns about Highlands or speedway noise. One submitter said the covenants "lack teeth and can be easily manipulated by, for example, having friends lodge noise complaints".

Mr Whitney has recommended the "status quo" be continued, and that "in supporting the status quo option ... we are not envisaging future subdivision and development of this land for urban purposes".

A panel of three independent commissioners will hear the plan change between June 10 and 14 at the Cromwell Presbyterian Church.