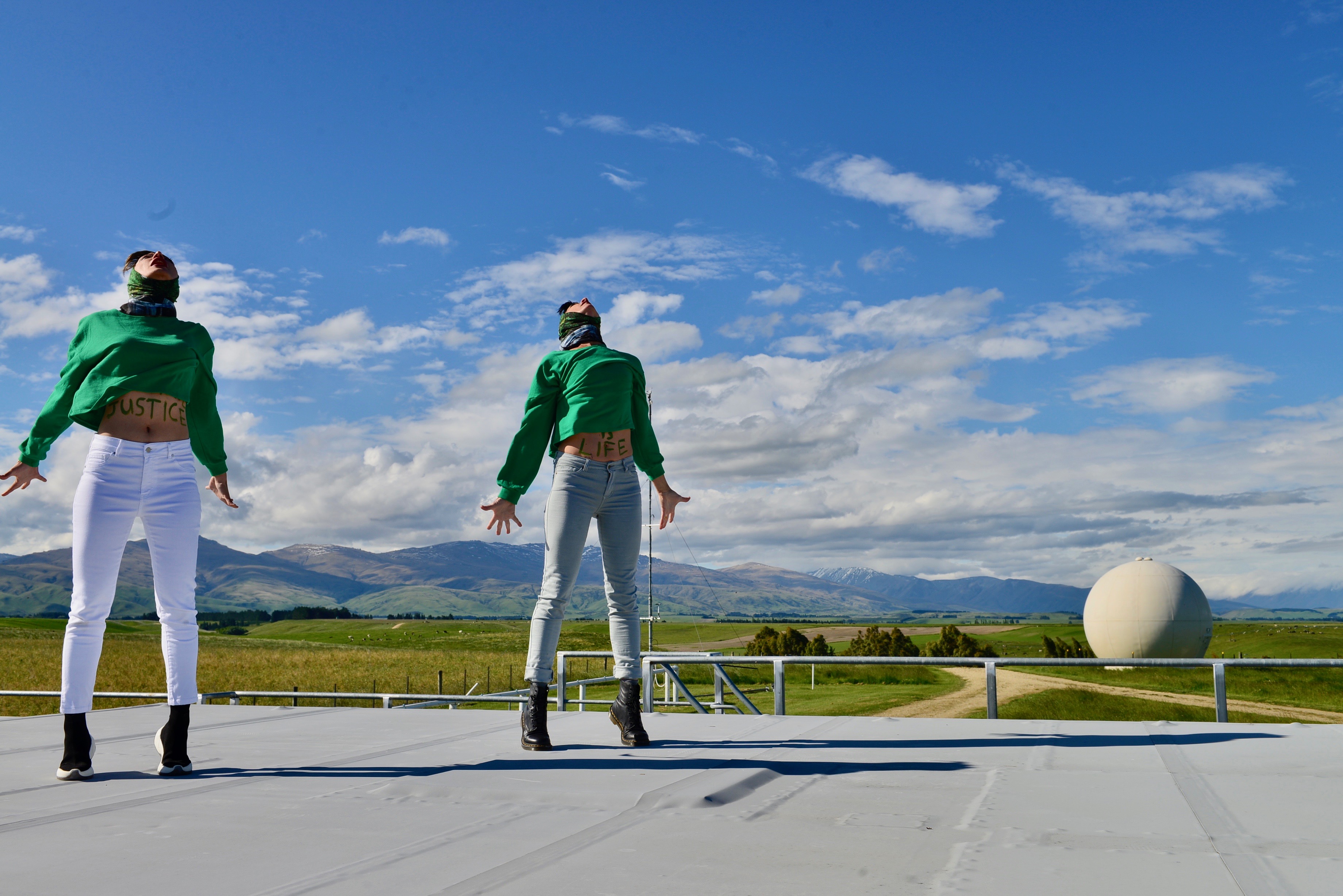 Auckland choreographer Carol Brown had been filming a dance work on the Hawkdun Range earlier last year and ''dropped in'' at the Lauder National Institute of Water and Atmospheric Research (Niwa) station on the last day of filming. 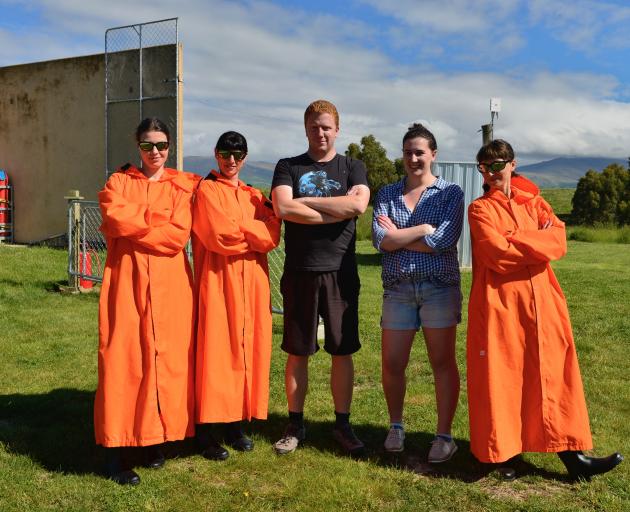 Lauder Niwa atmospheric technician Wills Dobson and University of Otago physics Masters student and Sir Peter Blake Trust Ambassador Emily Gordon (in blue) with Lungsong dancers after filming at the Lauder Niwa station this summer. PHOTO: CAROL BROWN
Brown said she could immediately ''see the potential'' for using the station to film a dance work that would ''connect the language of science with the language of dance''.

She returned to Lauder several months later, this summer, bringing a group of dancers and film-makers for a week to ''explore the dimensions of space and the different ways they are used by scientists and dancers''.

Brown said she had an ''immediate'' response to the Lauder scientists and setting.

Brown's film - made with a 360deg camera, mounted on a drone - is called Lungsong and will be shown at the Wanaka Festival of Colour, in April.

Lauder Niwa atmospheric technician Wills Dobson said it was an ''interesting and eye-opening'' experience having the dancers at the research station.

''Being scientists, we don't have a lot to do with the arts in our professional lives. It was quite a cool experience working with people who came from a very different background to ours, and we all thoroughly enjoyed it.

''The dancers were all very interested and very open to what we were doing, and it was cool to see them out there pushing [our station] to everyone else.'' 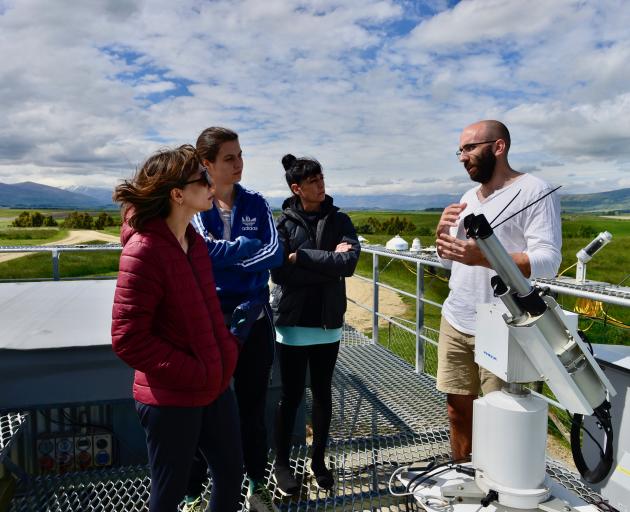 Lauder Niwa scientist Dr Alex Geddes talks to Lungsong dancers among UV instruments on the roof of the Lauder Niwa optics building. PHOTO: CAROL BROWN
In another two arts projects involving Niwa scientists, weather readings have been turned into a musical symphony and an installation artwork has been made.

Christchurch Niwa hydrodynamics scientist Dr Graeme Smart's modern symphony converted weather records into a musical score and used a computer to play the score, assigning musical instruments to each of the weather components.

The Unseen, was made with cable ties and about 15km of rope, and exhibited last year, outside Nelson's Suter Art Gallery. 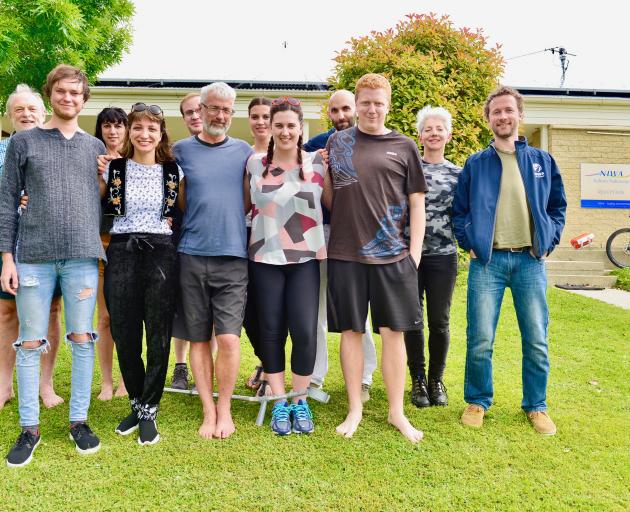