Lake Onslow. PHOTO: SUPPLIED
The Government announced late last month it would invest $30million investigating a proposal to store water in the Onslow-Manorburn depression above Roxburgh, to be used to generate electricity when existing hydro storage dams are running low.

Enough water could be stored to generate at least 10,200 GWh of electricity, about a quarter of New Zealand’s annual electricity consumption.

The water would be pumped from the Clutha River below the Roxburgh Dam, uphill through a 15km rock tunnel, to the storage lake.

It would be released back down the tunnel, when required, for the pumps to then become electricity generators.

Mark Price put a series of questions to Prof Bardsley this week.

What civil engineering would be required to raise Lake Onslow so it would hold more water?

First, an earth dam at the lakes Teviot River exit. The dam for much of its long length would be low, only exceeding 100 metres height where it crosses the Teviot outlet. Secondly, if developed to full capacity, there would be a short tunnel through to the Manorburn basin. This Manorburn extension would create a very large total energy storage capacity up to 12 TWh. The extension would require a new dam toward the north of the Manorburn reservoir and three low embankment dams.

How does the potential storage at Onslow compare with storage in existing hydro lakes?

The present energy storage capacity of all the New Zealand hydro lakes combined is a little over 4 TWh, which is small compared with the maximum possible Onslow capacity of 12 TWh.

How much would the level of Lake Onslow rise and fall, and what environmental issues might that create?

It is the large operating range that gives Onslow its energy storage capacity against dry years. The 12 TWh maximum storage capacity can only be achieved by a very large operating range of 80m. This does not mean it consistently operates over this range but rather could fall by 80m in the event of a rare and extended dry period. This would be the main visual environmental impact, arising during a major-impact dry year. In such instances the lake would shrink to almost half its size at maximum height, exposing about 40sq km of former lake bed. For this reason, before Onslow (and possibly Manorburn) are raised, there should be water-blast removal of all soil in the operating range. The operating range is therefore over schist rock exposure. Leaving the original soils would cause issues with blown dust when the lake levels fall. This soil removal would be one of the major ground-surface tasks of the project.

Are there other locations in New Zealand almost as suitable as Lake Onslow?

Not in the South Island, outside of national parks. The only apparent site of significantly large energy storage capacity in the North Island is in the upper Ngaruroro River east of Lake Taupo, which could be linked to Lake Taupo by a long 30km tunnel. Further analysis is needed for this site but it has energy storage capacity of about 2.7 TWh. Being located in the North Island, there is not the power transmission issue of Onslow. However, there are significant ecological, cultural, economic, and geological aspects that would need to be evaluated first.

Could large amounts of energy be stored near Auckland using pumped storage?

In the business case, what other scenarios will the Lake Onslow proposal be measured against?

For pumped storage schemes, I would think it would be the Ngaruroro scheme. Gas-fired power stations could be seen as alternative against dry years. However, the gas resource is limited going into the future and still involves emissions. New geothermal generation appears to have been halted because of impending cheaper Manapouri power. It is difficult to see how a dry year can be managed by demand-side mechanisms other than with public calls for reduced power consumption and voluntary shutdowns of parts of electricity-intensive industries.

Are there existing pumped storage systems anywhere in the world similar to that envisaged for Lake Onslow?

The Saurdal combined hydro and pumped storage scheme in Norway has 7.7 TWh of energy storage capacity.

What lessons are to be learned from it?

The Saurdal scheme works very well and provides the seasonal buffer to ensure ongoing use of the large fleet of electric vehicles in Norway.

Is it likely the Lake Onslow system would do away entirely with the use of fossil fuels for electricity generation in New Zealand?

Yes, provided it is developed to a sufficiently large extent and the power can get to the North Island. It would also contribute indirectly by enabling more wind power development, acting as a smoother of power variability caused by wind speed fluctuations.

Is there a global warming element that must be considered?

Enabling the stability and lower electricity cost required for the future green economy will reduce our greenhouse gas emissions.

WHO IS EARL BARDSLEY?

Earl Bardsley was born in Dunedin and did all his university degrees — mostly geography and geology — at the University of Otago. 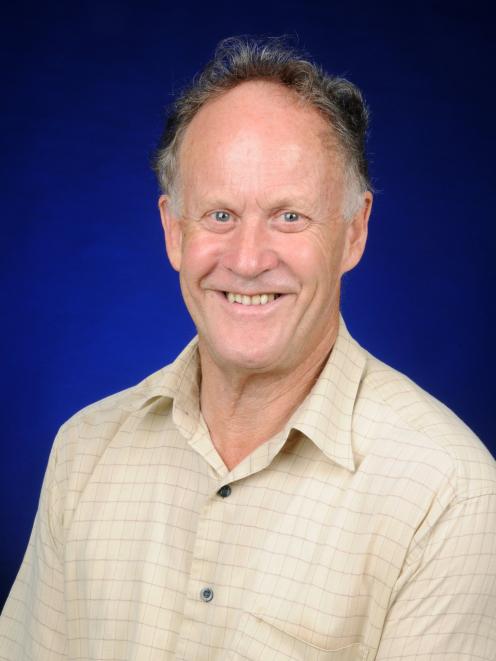 He completed a geography PhD thesis in 1980, then shifted to the Department of Earth Sciences at the University of Waikato, Hamilton

"I developed a sense of unease over hydro power impacts on natural lake environments during a geography field trip to Lake Hawea — seeing the shoreline erosion effect from the combination of raised lake level and seasonal storage, compared to the natural Lake Wanaka nearby."

Prof Bardsley’s first knowledge and interest in pumped storage developed from an article in the Otago Daily Times at the time of controversy over the Clyde Dam, when [retired Wanaka GP] Dennis Pezaro was reported as proposing pumping water for energy storage to the top of the Pisa Range.

"He was ignored but the idea was in my head from that time.

"If the business case investigation results in the Onslow scheme going ahead, it would be nice if the dam was named after him."

Prof Bardsley said the 1992 "dry-year electricity crisis" indicated to him "how much mismatch we had in New Zealand between having a lot of hydro power generation capacity and not much hydro storage capacity to back it up".

"I felt somewhat envious of nations like Norway and Canada with so much more hydro buffer."

Sometime after the year 2000, he noticed the Onslow topographic contours "had potential for a truly spectacular energy storage capacity".

"If built to its potential, Onslow would be the world’s largest pumped storage scheme by energy storage measure.

"In fact, its energy storage would be more than all the world’s present pumped storage schemes added together."

Prof Bardsley said his main interest was in trying to "shift seasonal storage away from the raised scenic lakes in the South Island — so they could, at least in part, revert back to more natural shorelines — and have the Waitaki River flow again in its natural regime of high flows in summer and low in winter".

"At a personal level, I was always frustrated by not being able to get any research funding for what seemed to be a national good.

"The problem was that there was no new science in pumped storage because it is long-established technology.

"At the same time, the major generators, understandably, had minimal interest in spending billions of dollars for engineering that would lead to cheaper electricity buffered against dry years.

All this is now viewed differently in the light of the climate change imperative and I am pleased that I at least put Onslow on the books as a scheme waiting for an opportunity to happen." 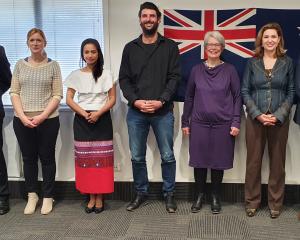 That was a useful article. Interesting idea.
Hope it is economically viable.