The Power of the Dog may not have won all the gongs at the Oscars this year, but a Central Otago farmer is delighted her Ida Valley farm, which was one of the stars of the atmospheric film, helped propel Dame Jane Campion to a historic best director award.

Dame Jane made history as the first woman to be nominated twice for best director and the third woman in film history to win that Oscar.

Taking to the stage at the Dolby Theatre Hollywood, Campion addressed those watching from New Zealand and thanked the Academy for "the honour of a lifetime".

The film was shot on the Maniototo property of brothers Al and Graeme McKnight and Al’s partner Philippa Pope.

Ms Pope said last night, after having an "Oscars party" at the property, they were very happy for Dame Jane, but a little disappointed the film did not win best picture.

She also had hopes Ari Wegner would win the award for best cinematography for her work on the film.

Despite the film not winning more awards, she felt "very proud and very privileged" to have been part of the journey. 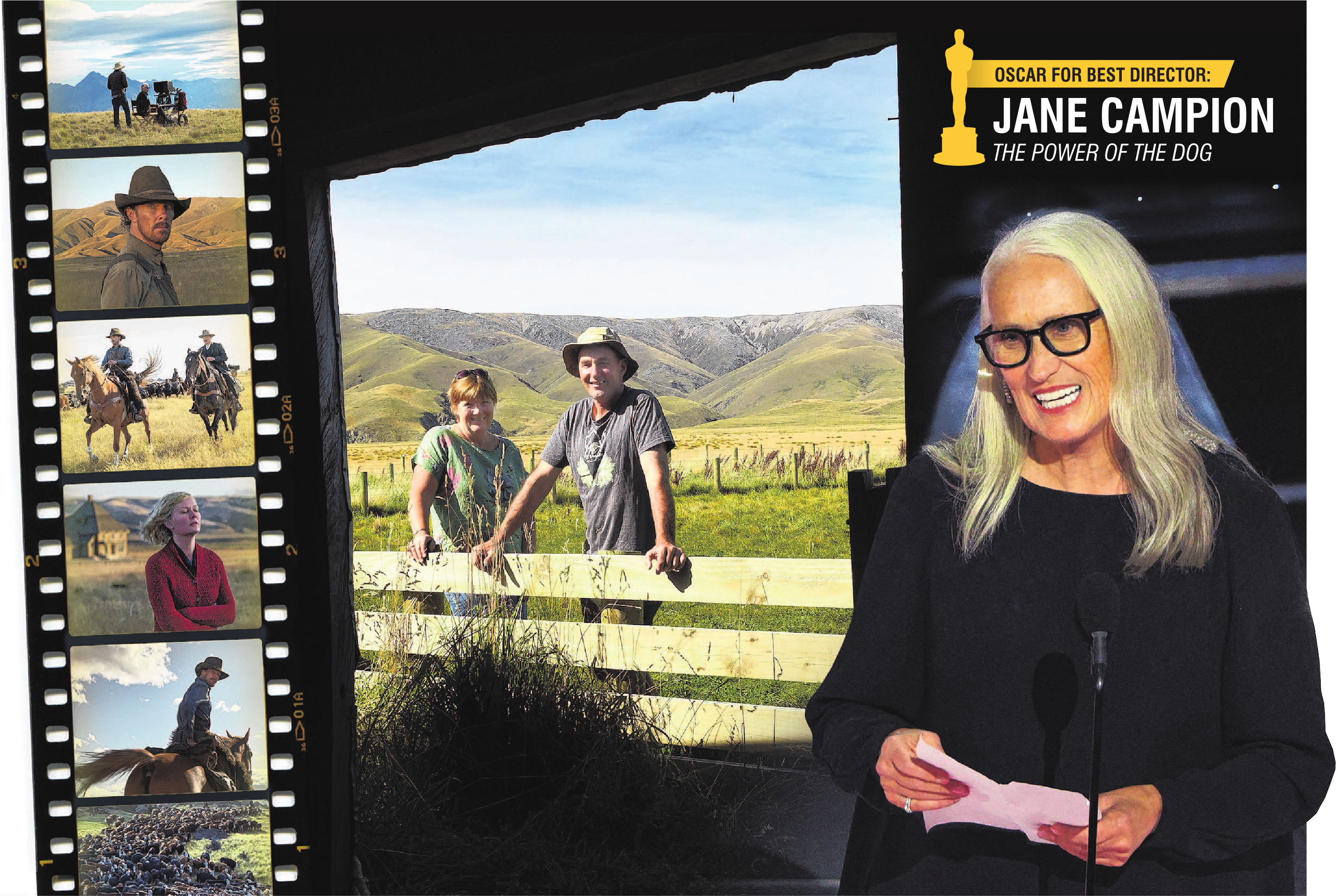 Philippa Pope and partner Al McKnight with the distinctive Hawkdun Range behind them on their property, where the Dame Jane Campion-directed 'The Power of the Dog' was filmed. PHOTO: STEPHEN JAQUIERY

A homestead, barn, cattle corral, cowboy quarters and saloon were built on the cattle and sheep farm.

Building the set took about four months and filming another six weeks.

It was a piece of land that rarely "saw more than one car a day" and it was fascinating to see it change to a film set with hundreds of people involved.

There was now almost no evidence the set had ever been there, other than yards taken down for filming being rebuilt anew once production wrapped up.

The set was built away from the usual day-to-day farm operations, but the crew had been "very respectful" in not disrupting anything.

Their cattle even featured in the film, Ms Pope said.

"To hear Dame Jane accept the award was wonderful. It makes us very proud of what we can do in New Zealand."

" [It] really is the heartland of the country with its stunningly beautiful landscapes and practical, friendly inhabitants.

"It’s not easy to establish a large production and build a big film set at such short notice into a relatively sparsely populated area, and I salute the locals for coming to the party for this."

In a film commission featurette on the making of the movie, Dame Jane and her stars wax lyrical about the Ida Valley location.

"I was taken to a place near the Hawkdun Ranges and I fell in love with it," Dame Jane said.

"The area was very remote, and 360 degrees empty with an amazing hill range behind it.

"It just felt so atmospheric."