Three Dunedin teens have labelled plans to build an international airport at Tarras as "evil".

The 16-year-olds, representing School Strike 4 for Climate spoke at the last full meeting of the Central Otago District Council for the year yesterday before a presentation to the council from Christchurch International Airport Ltd (CIAL) executives.

Logan Park High School pupils Sophie Davison and Liam Scaife, and Hailey Xavier, of Kavanagh College, talked about the environmental impacts of the proposed airport CIAL announced in July, after buying a 750ha chunk of Central Otago farmland for $45million.

Liam called the planned airport "an act of evil".

"Every member of this council must vote against this report." 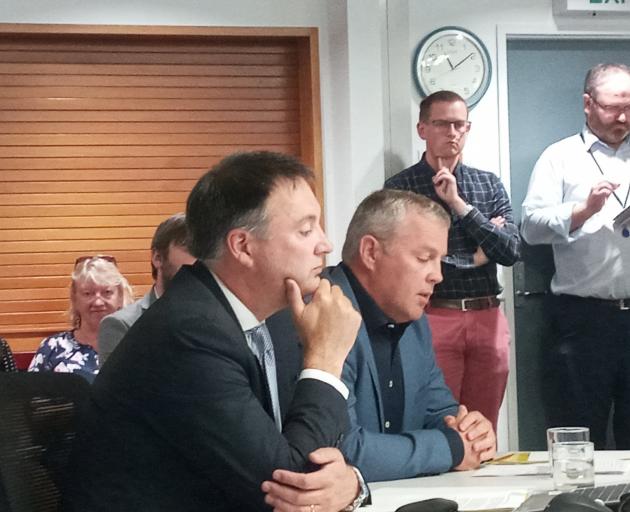 "At this stage there’s nothing for us to consider," Cr Gillespie said.

Environmental Justice Otepoti member Fiona Clements cited Covid as a reason the development should not go ahead.

"This type of expansion in this area is not the type of growth we need to be looking to."

"at the start of a long journey".

At this point CIAL was at the "engagement stage" with the community.

Advances in aviation technology meant electric, hydrogen-powered, and other alternative energy aircraft were a real possibility by the time the airport was operational, he said.

The council accepted the report.

It is not possible to "mitigate" the pollution away. A decision should not be made based on the promise of future technology, it needs to be based on real time facts. But just to be clear: Airbus who make and sell airplanes are at this stage just selling a concept that in 15 years time they might be able to produce the world's first commercial hydrogen plane - and even then, "Airbus estimates hydrogen has the potential to reduce aviation’s carbon emissions by up to 50 per cent". That's right just the potential and even then only up to 50%!
The council and country has called a climate emergency they need to be looking to cut emissions and pollution not increase them, they need to shut this whole project down now!

Research shows that human activity including production of concrete, metal, plastic, bricks and asphalt has brought the world to a crossover point where human-made mass – driven mostly by enhanced consumption and urban development – exceeds the overall living biomass on Earth.
On average, every person in the world is responsible for the creation of human-made matter equal to more than their bodyweight each week, the paper published in Nature says.

Who listens to 16 year olds about anything?

It's time to stop this mode of "enterprise". It's rapacious. Generations to come will look back and regret it the damage that can never be erased from the land. They'll see these fat-cats as on the wrong side of history, and wonder why the rest of us didn't have the courage and grit to stop the rapacious destruction.

These are not fat cats you imagine you are trying to belittle but in fact the employees of companies owned by local government. More correct to refer to them as public funding risker takers.