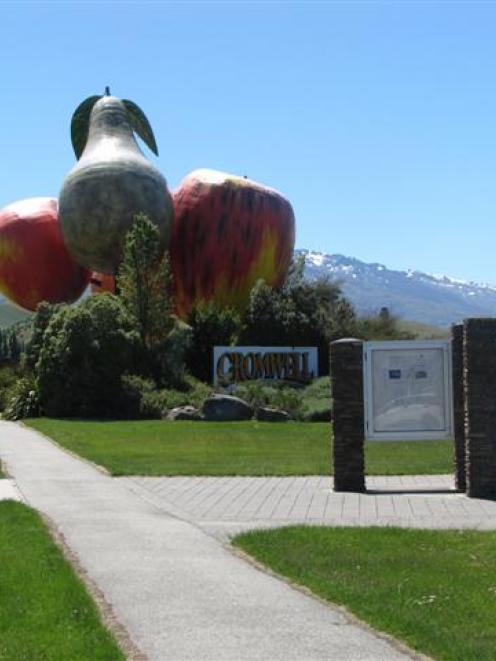 It also recommends the budget for the project be extended so the new i-Site centre gets a good "fit-out".

The review, commissioned by the Central Otago District Council in August and carried out by Rob MacIntyre of Destination Planning Ltd, suggested increasing the total budget for the Cromwell centre on the corner of Murray Tce and Barry Ave to between $1 million and $1.3 million, to allow between $200,000 and $300,000 to turn it into an "impressive facility".

Mr MacIntyre said in his report the centre "must significantly showcase Central Otago's wider attractions and not remain focused solely on the Cromwell area. This is critical to the business case for the project and it is a district, not Cromwell community funded project."

He also suggested signs indicating an i-Site be placed on State Highways 8 and 6 near their junctions with SH8B in an attempt to draw people into Cromwell. 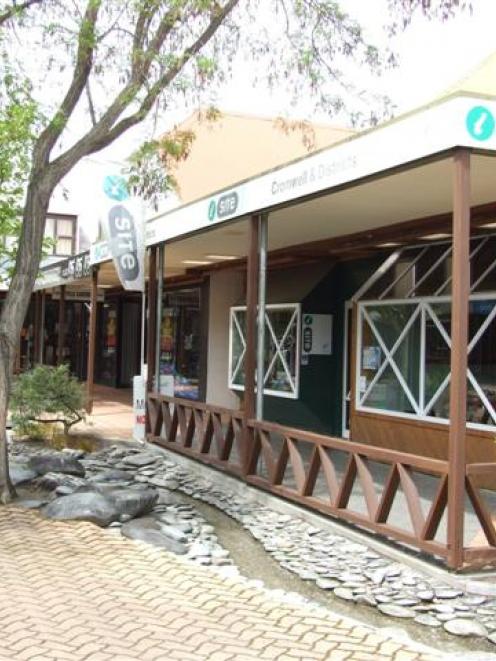 The present i-Site in the Cromwell Mall. Photo by Lynda Van Kempen.
All except one Central Otago District Council member approved the establishment of a new Cromwell visitor information centre at a recent meeting where the Destination Planning report was tabled.

The approval was subject to funding and any consent requirements but the final design plans and professional advice would be funded from existing capital budgets.

Mr MacIntyre also recommended concept work for the relocation of the Roxburgh information centre be restarted, with construction subject to finalisation of the Clutha Gold and Roxburgh Gorge cycle trails.

He said the current centre was "cramped, with limited ability to profile Roxburgh" and having to walk through two sets of doors and past a series of hand-made signs to get to the centre was "off-putting".

In May last year, the Roxburgh Community Board considered a report on options for shifting the centre, but decided to review the location and operation when the two cycle trails were completed.

Though he recommended moving the Roxburgh centre, Mr MacIntyre noted it had "experienced stagnating demand in visitors and bookings revenue in the last couple of years. Based on this and general tourism forecasts, continued investment in this centre would be difficult to justify", he said in his report.

However, it was expected the new cycle trails would bring more visitors.

The Roxburgh centre is the only Central Otago visitor centre that is not a part of the i-Site network.

Mr MacIntyre recommended rates funding for the centres, including Alexandra and Ranfurly, be maintained at or below the current levels. He investigated options to reduce spending but concluded there was "no immediate area where cuts should be made".

The council spends a total of about $640,000 of rates funding a year on the four visitor centres. Mr MacIntyre compared this figure to four other centres in small or rural towns and found the spending to be above average but below the top spend.

However, funding provided for the four Central Otago visitor centres - at Cromwell, Alexandra, Ranfurly and Roxburgh - was $35 per head of population, which was much higher than spending in the centres used in the comparison, which ranged from $8.30 to $14.80.

"This simply reflects Central Otago as an extreme case of a district with comparatively high visitor numbers and high community use of visitor centres, compared with a sparse resident and ratepayer population."

Other options, such as having the centres run by a private contractor, were investigated by Mr MacIntyre but he found none cut rates input without hitting service too.

Mr MacIntyre said the council could consider adjusting rates during the next rating review to more fairly distribute the cost of running the information centres between tourism operators and those ratepayers less likely to see the direct benefits, such as farmers.

Central Otago Mayor Tony Lepper said "I think we spend far too much on visitor centres but this is the second professional report that says we have to do so, so there's no way out."

The council agreed to develop and implement revenue growth options and review rates funding at the next revenue and finance policy review.