Ms Pullar (53) also used to have responsibility for the council’s parks and pools but they now come under a different manager, after a reshuffle last year. 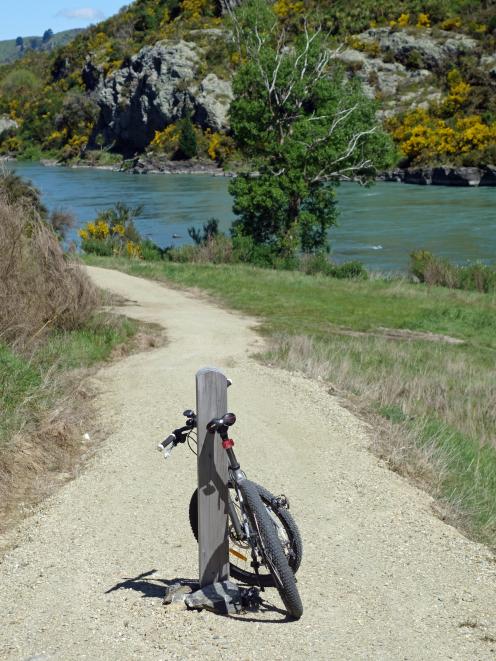 The Clutha Gold cycle trail between between Millers Flat and Beaumont is attracting increasing numbers of cyclists. Photo: John Fridd.
"It’s a tough gig, but an incredibly rewarding one," she says.

She took a pivotal role in developing the regional identity and the distinctive "Central Otago, A World of Difference" logo is now recognised here and overseas as Central Otago’s brand.

Ms Pullar herself had also "made a difference" during her time at the council, Central Otago Mayor Tony Lepper said at her final council meeting last week, acknowledging the contribution she had made. 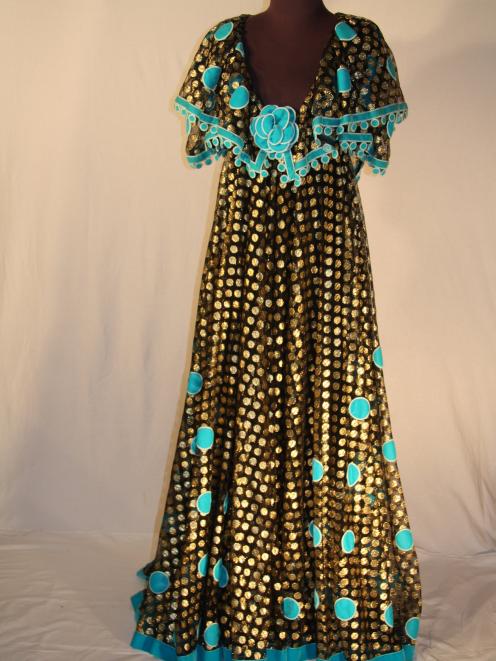 Ms Pullar recommended the council buy the Eden Hore fashion collection, which includes items such as this early-1970s Kevin Berkahn gown. Photo: ODT files.
"In the time you’ve been here, you’ve made a difference to Central Otago in many ways — not all of us can claim that. That’s as good a legacy as you can get," Mr Lepper said.

At one stage, she was responsible for 106 staff, the majority based outside  the council’s head office in Alexandra.

"I’ve always been a people person. That’s No 1 to me. I absolutely care about my teams and the community," Ms Pullar said.

"It’s been great, building great relationships with people all over the district, and it’s the people I’ll miss when I leave."

She is one of five  council senior managers.

"It’s a tough gig at a senior management level. I don’t know any other  multimillion-dollar businesses and multifunctional entities where you work under stringent legislation and constant change to governance like this and have 28 governors [mayor, council and community board members] and ask them to step up.

"But it’s all been incredibly rewarding."

Included in the variety of tasks she has been involved in over the years are community plans, an arts strategy, a heritage strategy, an outdoor recreation policy and tourism strategy.

Helping develop the regional identity was particularly satisfying, she says.

"People don’t realise what they have here. The logo is a powerful mark, which connects the heart and soul and mind to this region."

Developing the stories about the people in the industries, to include in marketing products, was equally important.

"Now we’re building up that brand nationally and internationally so it gets under people’s skin."

Seeing the logo used in such places as export cherry packaging and the Poolburn School uniform highlighted how proud  residents were to "fly the flag", Ms Pullar says.

It had been a privilege to work with "salt of the earth" people in all kinds of projects, including the development of the Clutha Gold and Roxburgh Gorge cycle trails.

"There were people like Rod Peirce leading the charge with the Clutha Gold trail and getting together an amazing group of people, who were so dedicated."

Helping those trails come to fruition and promoting them was another highlight of her time at the council.

"People are coming to Central Otago because of the cycle trails; they’re getting us on the tourist map and we’ve been quick to make the most of that by running cycle tourism campaigns —we’re the envy of other regional tourism groups."

A controversial move by the council, to buy the Eden Hore fashion collection for $40,000 in August 2013, was done on Ms Pullar’s recommendation.

The garments, collected by Naseby farmer Eden Hore, are regarded as the country’s largest private collection of 1970s and 1980s couture fashion and the collection has been insured for $92,750.

A study into the care, storage and display of the collection is being carried out.

"What a privilege it’s been to work with a collection like this and with Margaret and John Steele," Ms Pullar said.

"Eden had a very strong vision and in many ways, was before his time."

Consultancy work is next on the agenda for her.

"First though,  I’ll take a wee break. It’s time to do something for me ...  time to be with family and friends and enjoy all the outdoor activities I enjoy, the lake, cycling, gardening, and then make some choices about working on some projects."