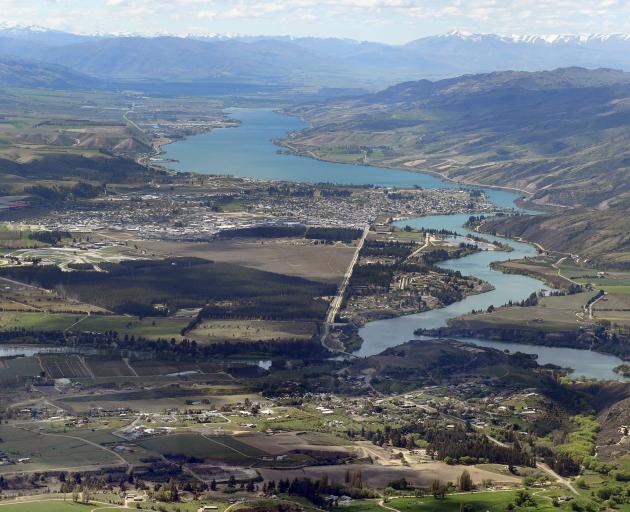 Cromwell and Bannockburn with Lake Dunstan in the background last summer. Council and social services heads are considering ways to tackle Central Otago’s housing issues as the district’s growth continues. PHOTO: STEPHEN JAQUIERY
Affordable housing has re-emerged as a key issue for Central Otago following the recent local body elections. Pam Jones takes a closer look at some of the issues and statistics in New Zealand’s fourth-fastest-growing district.

A group working to put people into affordable housing in Central Otago is hoping newly elected local government representatives will step up to help solve the accommodation crisis.

One of the key recommendations is for the Cromwell Community Board to provide Cromwell land for a "secure homes" affordable housing scheme.

Another is for the council to introduce "inclusionary zoning" policies to its district plan. This would mean a landowner or developer would be required to include affordable homes in any new land development.

Newly elected Cromwell board members are still to be sworn in at a meeting on October 29, and it is not yet known which Cromwell councillors will be appointed to the board.

Re-elected councillor Neil Gillespie, who has been the board chairman since 2001, said the housing trust's recommendations would need to be considered "very, very carefully" by the board. The process might include public consultation, and any board recommendation would ultimately be voted on by the full district council.

Central Otago Mayor-elect Tim Cadogan, who established the trust in October 2017 after campaigning on housing issues, said during this year's election campaign he believed housing was the district's most challenging issue.

He said this week he "firmly" believed the council had a role to play in tackling the housing issue, which was felt acutely because of the district's low-wage economy and high house prices.

Mr Cadogan said he was keen to see a council report he had requested early last year about the housing issue completed, and for recommendations of the affordable housing trust to start being adopted.

A recent Southern District Health Board report into Central Otago's housing crisis has also recommended the Cromwell Community Board give land to the housing trust.

The discussion comes amid confirmation of the rapid growth of Central Otago.

"The census data only confirms what residents of Central Otago already know. While growth is advantageous for the local economy, a key challenge will be managing the growth into the future. We need to ensure that Central Otago remains an amazing place to be for residents and visitors alike, while standards of services and infrastructure keep pace with growth."

New housing developments were "particularly noticeable" in the Cromwell and Alexandra areas, but pressure on the housing market was being felt across the district, Ms Jacobs said.

Council work to prepare for the future included adopting the Cromwell Spatial Plan, which looked at where growth in the Cromwell district should be encouraged over the next 30 years.

Similar planning would begin soon in Alexandra and Clyde.