Use common sense — and lifejackets 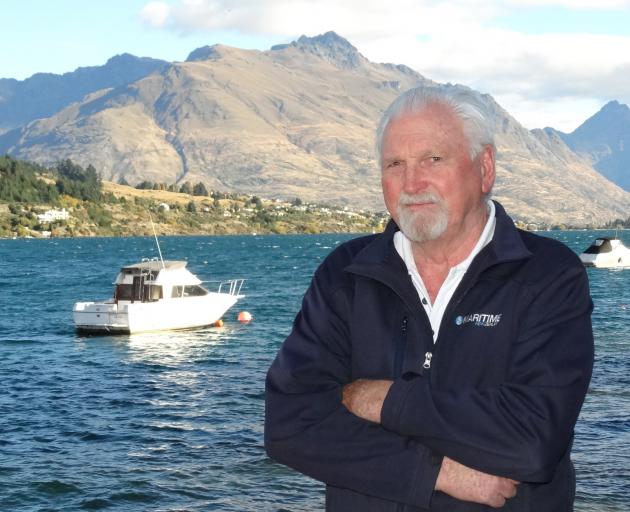 Queenstown Lakes district harbourmaster Marty Black says there will be no excuses for those not following the boating rules this summer. Photo: Guy Williams
Lifejackets, preparation, and knowing the  rules are the three key issues Otago harbourmasters are  emphasising  to boat users ahead of another busy holiday season out on the water.

New Otago Regional Council harbourmaster Steve Rushbrook says it is important for people to take care of themselves and be mindful of others.

"This is especially important when multiple water activities are taking place in close proximity. We need to be considerate of other water users, so that everyone has a safe and enjoyable experience on the water this summer," he said.

"There are a lot of people now that have inflatable lifejackets.

"Before they head out on the water this summer, they should make sure their lifejackets are still operational, as they will be useless out on the water if they do not inflate," Mr Murdoch said.

Paddleboarders and kayakers are required to wear lifejackets at all times. However, rowers with a safety boat do not have to.

He noted the Canterbury Regional Council had recently changed its bylaws and now required all boats to be registered, so accidents could be more easily reported.

All lakes in the Waitaki area fall under CRC jurisdiction.

For those heading off the coast, Mr Murdoch  said  they should take two forms of communication, check the forecast before they leave, and tell  someone where they are going.

In the Queenstown Lakes district, harbourmaster Marty Black urged  people  to use common sense when they were out on the water this summer.

This  follows two separate incidents in as many days in which  people were found on the water without lifejackets or any basic equipment, in vessels far from adequate for the conditions.

On Saturday evening, three people crossed The Narrows between the Queenstown Gardens and Kelvin Heights on Lake Wakatipu in a children’s inflatable boat.

They were intercepted by the harbourmaster after arriving at the Queenstown boat ramp without lifejackets and were  advised about the importance of safe boating.

The following Monday, a solo  voyager built himself a raft out of sticks and attempted to navigate the Clutha River from Albert Town to the Luggate Red Bridge.

He had no lifejacket or means of communication; nor did anyone know what he was doing.

"Both of the situations earlier this week could have easily been much more serious if anything had gone wrong, I don’t think it’s too much to ask for a bit of common sense if you’re planning on using our lakes or rivers," Mr Black said.

"Wearing lifejackets, taking two forms of communication and telling people your plans are as close to boat safety 101 as you can get and none of these guys were following any of these fundamentals.

"While it’s great that no-one ended up in trouble, it would be much better if they didn’t put themselves in harm’s way in the first place."

Mr Black said boat users should get their craft checked by a mechanic before heading  out on the water, and  also  have a plan B in case something went wrong.

Mr Black said he would be running a "no excuses" campaign in the district this summer. Those picked up not following the bylaws would receive an infringement notice.

Given how busy it could  be on the lakes in the district, Mr Black believed it was important people made the most of the space available.