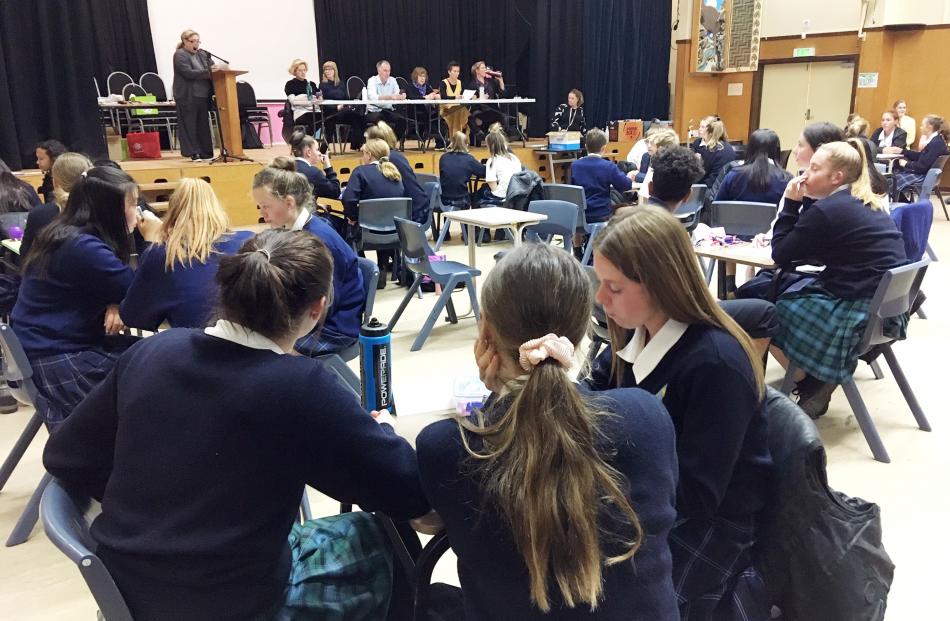 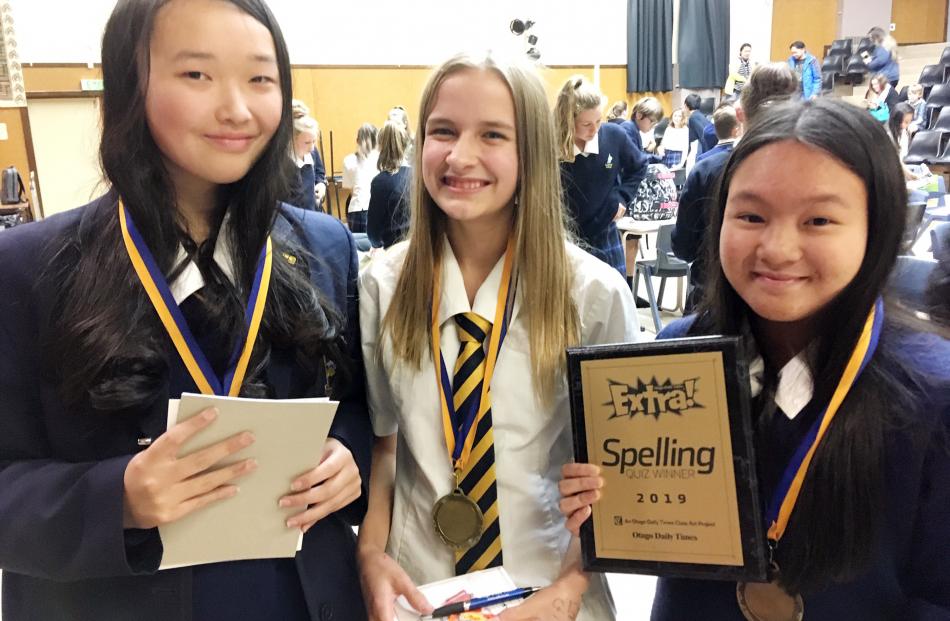 Winners of the year 9 and 10 spelling quiz held last night in Cromwell are the Wakatipu High School team of year 10 pupils (from left) Minna Zhu, Helena Hornbacher and Hershey Avila. 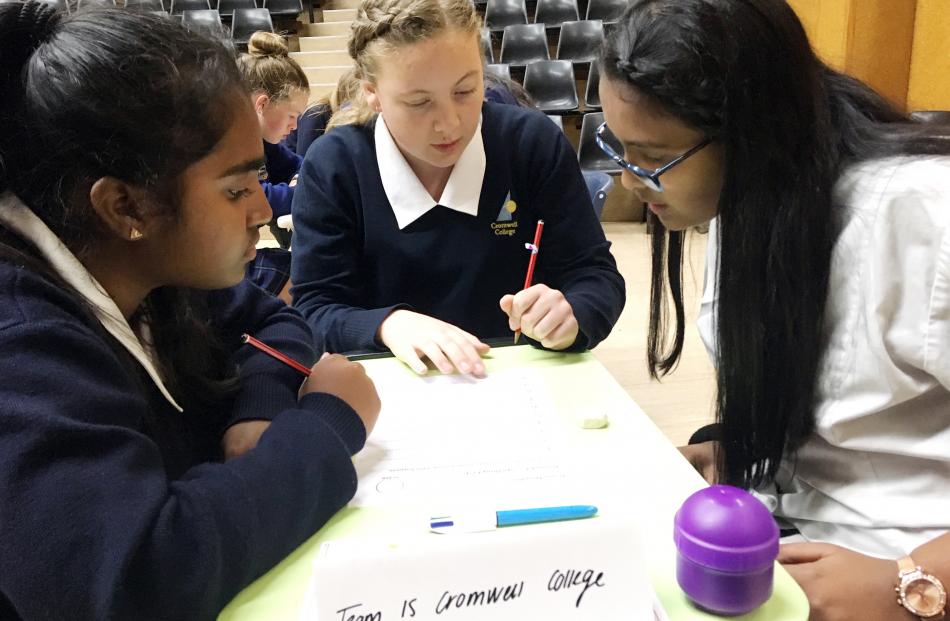 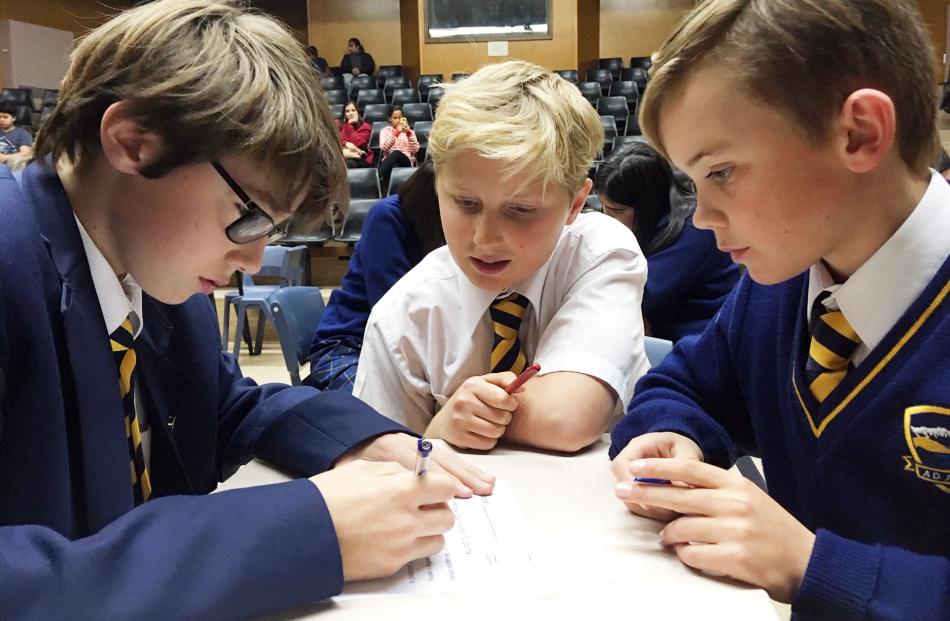 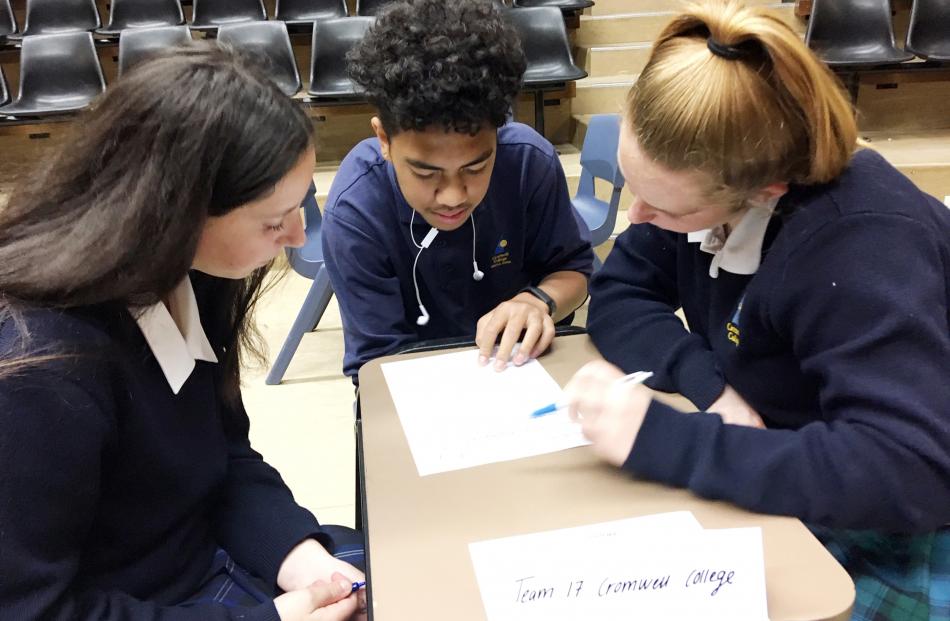 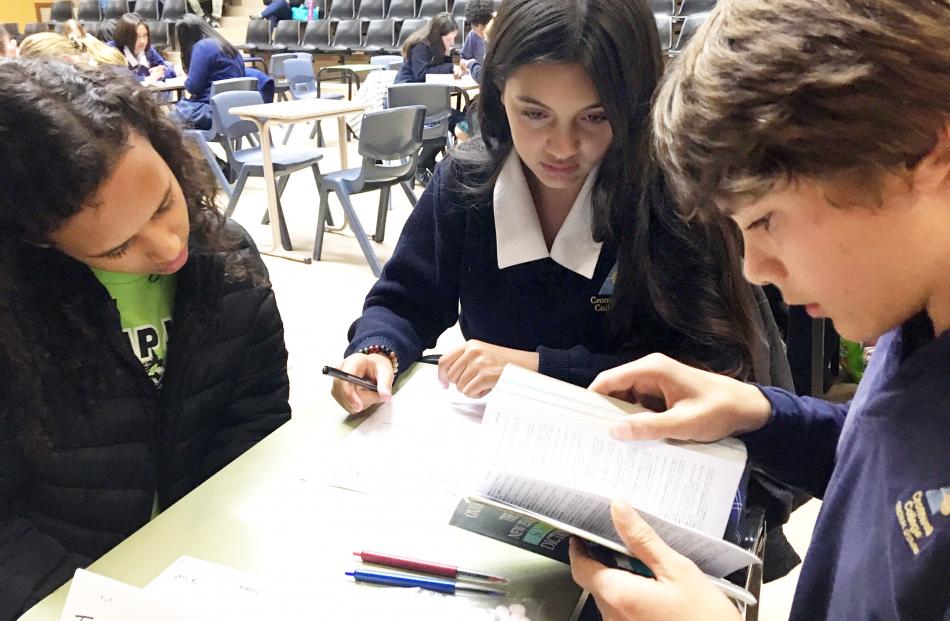 It was first time lucky for the winning trio in a two-school tussle at Cromwell's Otago Daily Times Extra! quiz last night.

Despite only two schools entering teams for the event, competition was fierce, and the results were close.

Only one point separated the top three teams.

Thirteen teams from Wakatipu and Cromwell took part in the quiz, which tested competitors on general spelling and related questions, such as acronyms, foreign words and word multi-finds. There was also a "mystery definitions" section, in which competitors were given a series of clues and gained more points if they knew the correct answer at the beginning of the round, using the fewest clues.

The winning Wakatipu High School trio, who had never entered the Extra! event before, said they found the acronyms and abbreviations categories of the event the hardest, and the "good old-fashioned spelling" rounds the easiest.